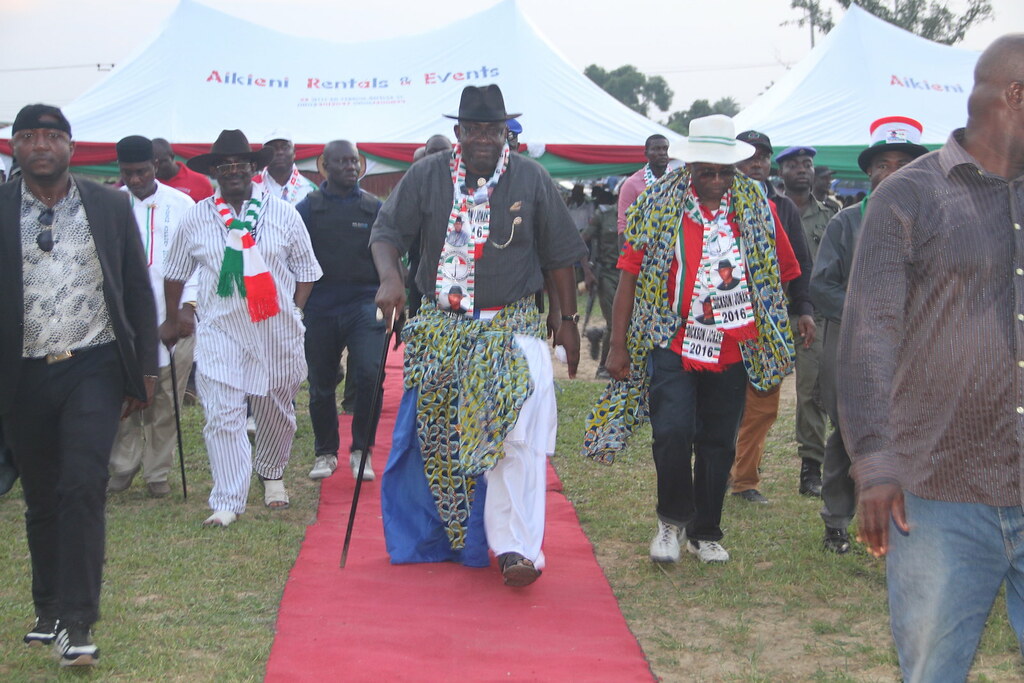 Former Governor Serikae Dickson is set to clinch the Bayelsa West Senate seat after the Independent National Electoral Commission (INEC) removed his closest rival and challenger from the All Progressives Congress (APC) upon a court order.

Dickson is the candidate for the Peoples Democratic Party, PDP for the election due on December 5, 2020 to replace the seat vacated by the incumbent deputy governor of the state.

The name of the APC candidate, Chief Peremobowei Ebebi was conspicuously absent among the 12 candidates displayed by the commission in its office for the election on Thursday.

Mr. Wilfred Ifogah, INEC’s Voter Education and Publicity, Mr Wilfred Ifogah, said the removal was in compliance with the Federal High Court judgement in suits No FHC/YAN/CS/60/2020 and FHC/YAN/CS/66/2020 which charged INEC from including the name and logo of the candidate of APC in Bayelsa West senatorial district, Chief Peremobowei Ebebi.

Ebebi, a former deputy governor of Bayelsa State was disqualified after the Federal High Court sitting in Yenagoa, Bayelsa State, affirmed allegations of forgery of his voters’ card and his academic qualifications.

A Cameraman Is Ndigbo’s Rep In Presid’l Villa, Abaribe Insists