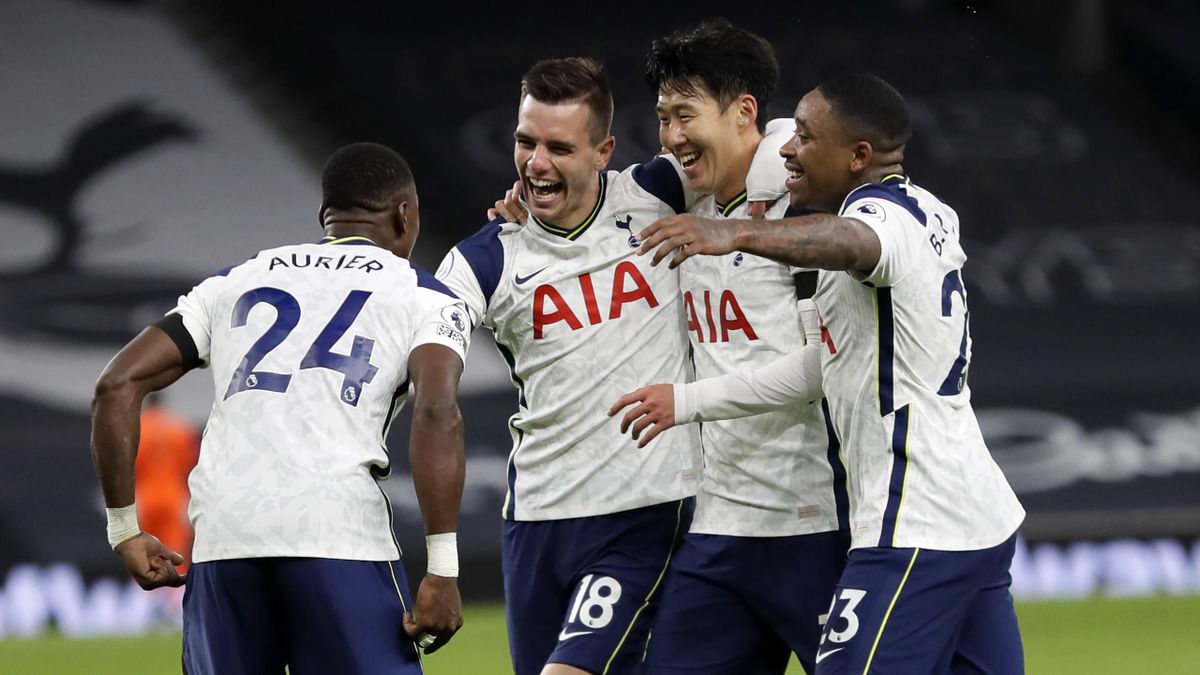 Tottenham Hotspur dispatched Manchester City 2-0 at the Tottenham Stadium to become league leaders of the English Premier League on Saturday.

This was the second straight defeat Pep Guardiola suffered against his fierce rival Jose Mourinho.

Son Heung Min opened the scoring five minutes into the game after being set free by Tanquay Ndombele’s lofted pass over the Manchester City defense. The South Korean buried it home superbly over Ederson in goal for Manchester City.

Manchester City which had the lion share of the possession, were frustrated by a resolute Spurs defense and they almost got rewarded for their dominance through attempts from Fernan Torres.

Hugo Lloris made vital saves to ensure that Spurs were ahead.

Nonetheless, Eymeric Laporte’s goal was ruled out for offside in the 27th minute. It was an egregious outing for Pep Guardiola’s men who were tamed by Tottenham’s terrific defending.

Freshly introduced Giovani Lo Celso got the second goal for Spurs in the 65th minute. Just after 35 seconds, he made an immediate impact to score the confidence building second goal.

He scored the quickest goal by a substitute since Bernardo Silva who scored 17 seconds after being brought on against Brighton in 2019.

Jose Mourinho would be delighted to mark his one year in the dugout at the club with a victory over one of his biggest competitors.

He praised the lads saying that they played according to strategy.

Pep Guardiola on the other hand, was left gutted on the touchline. Spurs now look like worthy title contenders after an astounding triumph over a formidable Manchester City squad.

No Basis For Calls To Sack Rohr – Pinnick