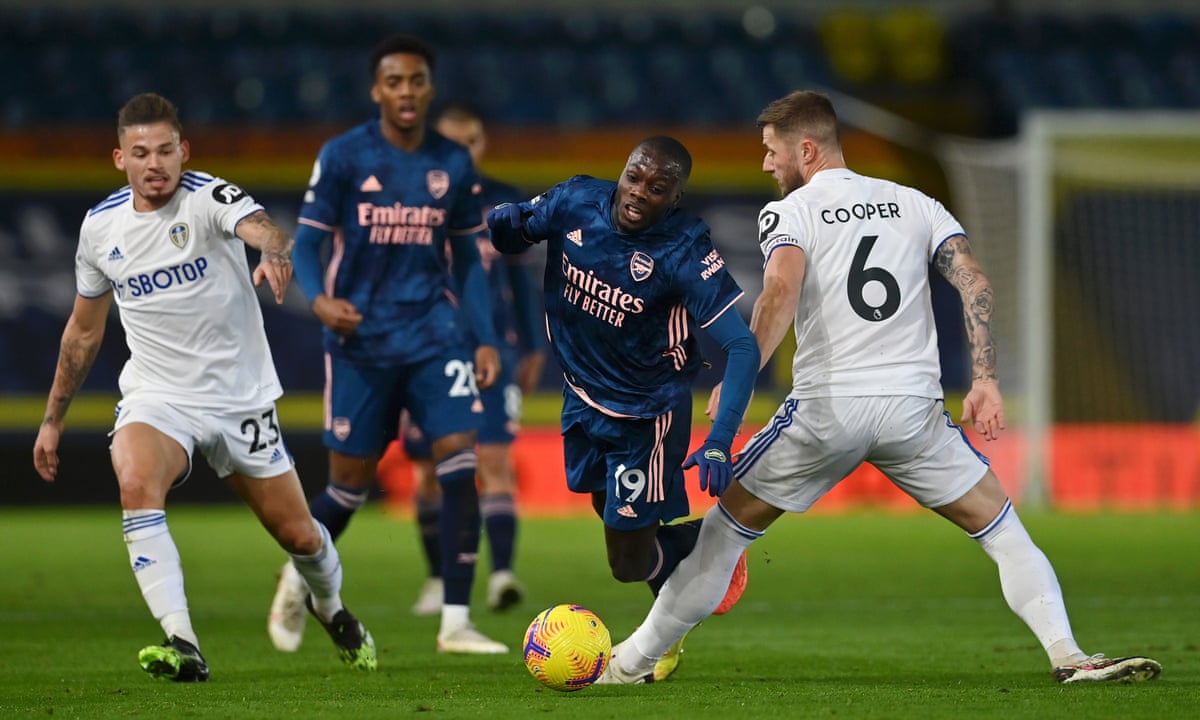 Leeds United and Arsenal shared a point apiece after a 0-0 draw at Elland Road on Sunday evening. In spite of a goal-devoid match,  Leeds’ ill luck and Nicolas Pepe’s red card for a silly head-butt on Ezgjan Alioski, elicited major talking points.

Patrick Bamford’s finishing let him down twice in the first half. The role of Bernd Leno in Bamford’s disappointment could not be discarded as the German was on hand to spoil the show.

Apart from Bamford, Leeds United were generally profligate in front of goal.

Stuart Dallas, Mateusz Klich and Luke Ayling were unable to take their chances before the break.

Pepe, who had a fair first half through operating from the flanks, trying his best to track back and also had a nice attempt on goal, was possessed by the same angry spirit that took hold of Zinedine Zidane in the 2006 World Cup final when he was given his marching orders shortly after head-butting Ezgjan Alioski, five minutes into the second half.

The Gunners now had to prevent Leeds United from getting a first win against the since 2003 with a man down. Mikel Arteta had to introduce Bukayo Saka who eventually had a good game. Albeit, he almost opened the goalscoring.

Marcel Bielsa’s outfit continued to struggle in the goalscoring department as they threw men forward to break the deadlock. In that regard, Rodrigo, Bamford and Raphinha had shots which all hit the bar.

Arsenal remained intact at the back to salvage a point in a game where Leeds United felt they should have emerged as victors.