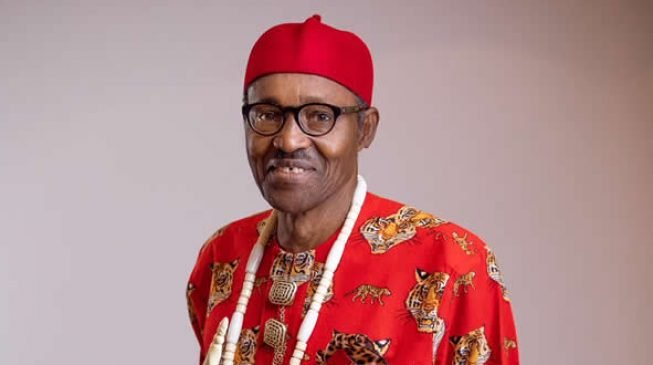 Supporters of President Muhammadu Buhari have dismissed Senate Minority Leader, Enyinnaya Abaribe’s claim that only one Igbo person, a photographer is working with the president.

The rebuff from the supporters came on the heels of the claim by Abaribe that only one Igbo, working as a photographer is working as an aide of the president.

The group in rebuffing Abaribe challenged the Senate Minority leader’s representation in the Senate saying that the Buhari administration has done more for Ndigbo more than any of its predecessors.

According to the Buhari Media Organisation (BMO), the Senator’s claim that there is only one personal aide of the President from the South-East is quite mischievous.

“His further attempt to give the impression that President Muhammadu Buhari has not done anything for that region is quite laughable and ridiculous, given the realities on ground”.

The group said in a statement signed by its Chairman Niyi Akinsiju and Secretary Cassidy Madueke that Senator Abaribe ended up making himself look silly by suggesting that the only personal aide of the President from the region is ‘only’ a photographer.

“It beggars belief that an opposition Senator who has been in the corridors of powers since 1999 could knowingly seek to hoodwink Nigerians with a false narrative in a bid to portray President Buhari in a bad light.

“Or is it that the Senator who has no record of achievement in all his years as a senior PDP government official wants to deny their ‘Igboness’ as people like him love to do mischievously?

Bode George Tells Buhari What To Do With Tinubu