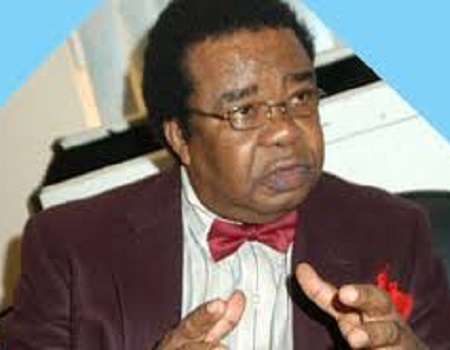 Former Nigerian Minister of External Affairs, Professor Bolaji Akinyemi, has urged the federal government not to take the threat by the UK parliamentarians on the Endsars debate lightly.

GWG had reported that the UK parliamentarians had called for sanctions on the Nigerian government and security operatives for the manner they cracked down on #EndSARS protesters.

Speaking on this development, the Nigerian Minister of Foreign Affairs, Geoffery Onyeama, played down the sanction threat by the parliamentarians, stressing that legislators don’t impose sanctions on other nations.

However, Professor Bolaji Akinyemi, when he appeared on Arise Television on Thursday urged the federal government to take advantage of the several available channels to tell their  own side of the story before the United Kingdom’s House of Commons.

He said: “It is true the British Parliament is not the ultimate but God helps a British minister who ignores the feelings on the floor of the Commons.

“Many ministers have come to grief by taking a lackadaisical attitude towards the view of parliament. So I wouldn’t brush off quite lightly the debate in the commons.