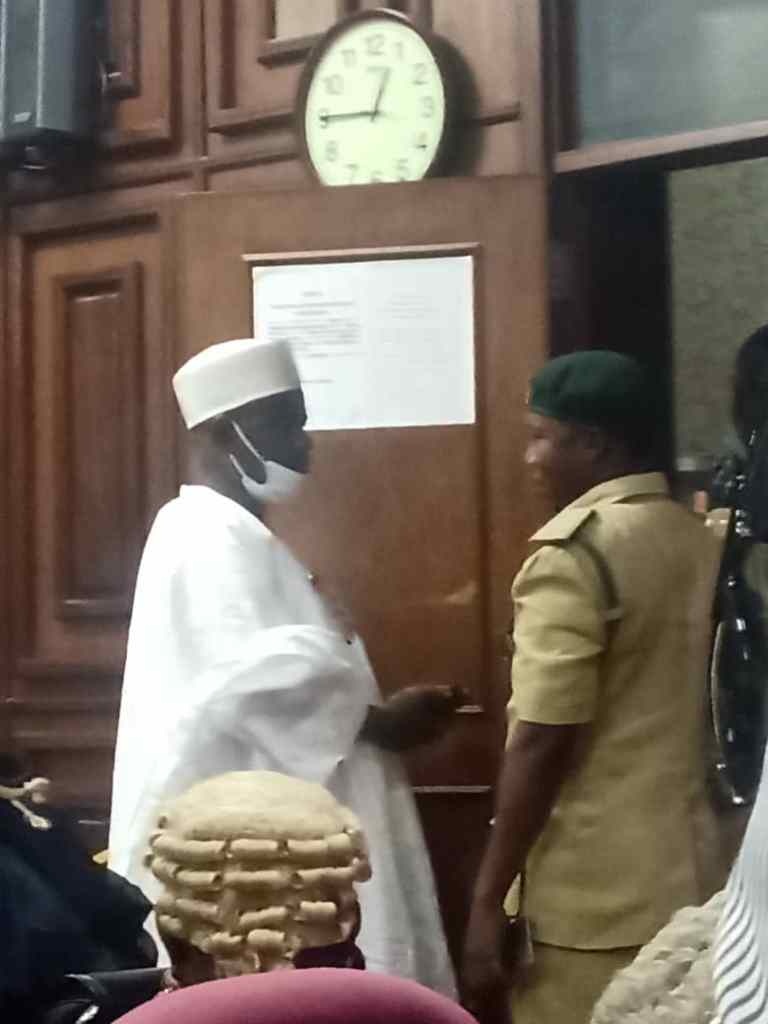 After spending five days in prison for failure to produce money laundering suspect, Abdulrasheed Maina, Senator Ali Ndume has been granted bail based on his record of good behaviour before the Federal High Court, sitting in Abuja.

Sen Ndume had stood surety for Maina, who is standing trial before the court on  charges of money laundering involving N2bn.

The case was brought before the Court presided over by Justice Okon Abang by the EFCC.

For failure to produce Maina on Monday, Justice Abang remanded the Senator representing Borno South in prison adding that he would also pay the sum of N500m bail bond to the Federation Account.

In his ruling on Friday, Justice Abang said the Senator has exhibited good behaviour notwithstanding that the other grounds of his bail application failed.

He then granted him bail pending the hearing and determination of Ndume’s appeal filed at the Court of Appeal to challenge Monday’s order sending him to jail for his inability to produce the fleeing Maina.

Senator Ndume, however, is to produce one surety who, in addition to being a resident of Abuja, must present evidence of ownership of property anywhere in the federal capital.

The judge ordered that the surety must also depose to an affidavit of means, and indicate readiness to forfeit the bail guaranty should the senator jump bail.

Senator Ndume is also to deposit his passport with the Chief Registrar of the court.

He further ordered the lawmaker to file an undertaking that he would compile records of appeal and transmit same to the Court of Appeal within 10 days, as a way of demonstrating readiness to prosecute his appeal.