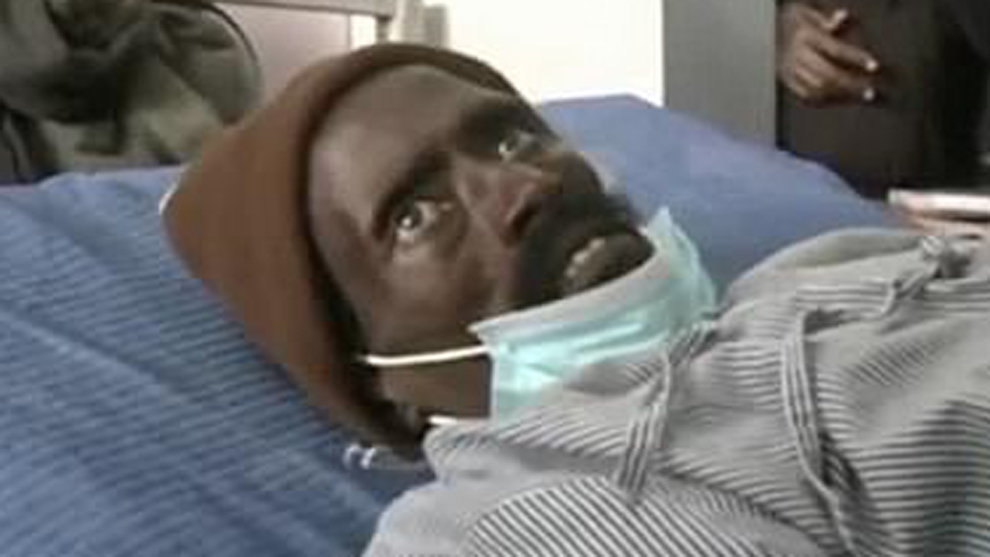 Peter Kigen, screamed and ‘resurrected’ in the mortuary as staff preparing to embalm him made a cut in his leg.

His uncle, Denis Langat, said he collapsed at home and “had been suffering from a stomach ailment which forced us to rush him to hospital.”

The lucky 32-year old Peter from Bureti in Kenya was “casually” checked by a nurse at Kapkatet Hospital and declared him dead.

Mr. Kigen was transferred to the hospital’s mortuary, and the staff there promptly set about preparing him for burial.

As part of the embalming process, the blood is removed from the body through the veins and replaced with formaldehyde-based chemicals through the arteries.

It appears to have been this procedure that caused the “dead” man to regain consciousness and scream in pain.

Mr Kigen’s younger brother, Kevin Kipkurui, told The Standard : “The mortician called me into the morgue and we saw him make movements.

“We were shocked. We could not understand how they could move a person who is still alive into the mortuary.”

Mr Kigen, speaking from his hospital bed, is still stunned at his apparent resurrection: “I cannot believe what just happened,” he said. “How did they establish that I was dead?”

While Mr Kigen’s family believe that the error was down to hospital staff, Kapkatet Hospital’s medical superintendent Gilbert Cheruiyot said that they were to blame for the incident: “His relatives presumed he was dead and did not even wait for certification of death,” he said.

“They moved him to the mortuary, on their own.”

He added: “They asked Kigen’s relatives to give them some time but they accused the clinicians of taking too much time and decided to take him to the mortuary.”

“It was while the mortician was getting ready to embalm his body that she noticed some signs of life.”

Dr Cheruiyot said it took three hours to completely resuscitate the patient, and that Mr Kigen was expected to be discharged in “a few days.”

He concluded: “I advise those bringing their loved ones to the hospital to follow the laid down regulations.”

“Before a body is moved the mortuary, it has to be certified by a clinician. In Kigen’s case, we can only say he was lucky.”