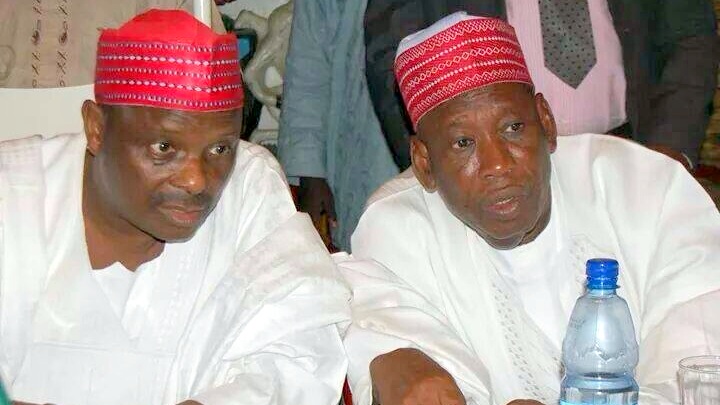 Abdullahi Ganduje of Kano State has expressed sadness adding that he was jittery over the death of Alhaji Musa Sale-Kwankwaso, the father of former governor Rabiu Kwankwaso.

Ganduje said this in a condolence message by his Chief Press Secretary, Mr Abba Anwar on Friday, in Kano.

He described his death as a great lost, not only to his family, but to the entire state.

The News Agency of Nigeria (NAN) reports that Sale-Kwankwaso died in the early hours of Friday at the age of 93.

“When we received the information, apart from being shocked and jittery about it, we all felt that a great father has passed away. The feeling of this shockingly striking death will remain with us forever.

“Our great father was indeed a guide and an embodiment of patience, courage, humility, and a complete human being of endearing character and exemplary leadership.

“It is with deep sense of grief and un-imagined feeling and on behalf of the government and people of Kano State, that we are sending our condolence message to the former governor of the state, Sen. Rabi’u Musa-Kwankwaso,” he said.

Ganduje said that the state has lost an illustrious son of high degree of exemplary character, whose leadership qualities earned him recognition, respect, and a good end to his Lord.

“What remains for us now, is to pray for Allah’s forgiveness and blessings on the soul of our dear father and seek Allah’s guidance to give us all the courage to bear this great loss,” he said.

Some may, however, trace Ganduje being jittery to the incident that happened when Kwankwanso lost his mother and visited the state for the first time during his first term. The visit set the stage for the acrimony that subsequently followed their 16 year political collaborations.