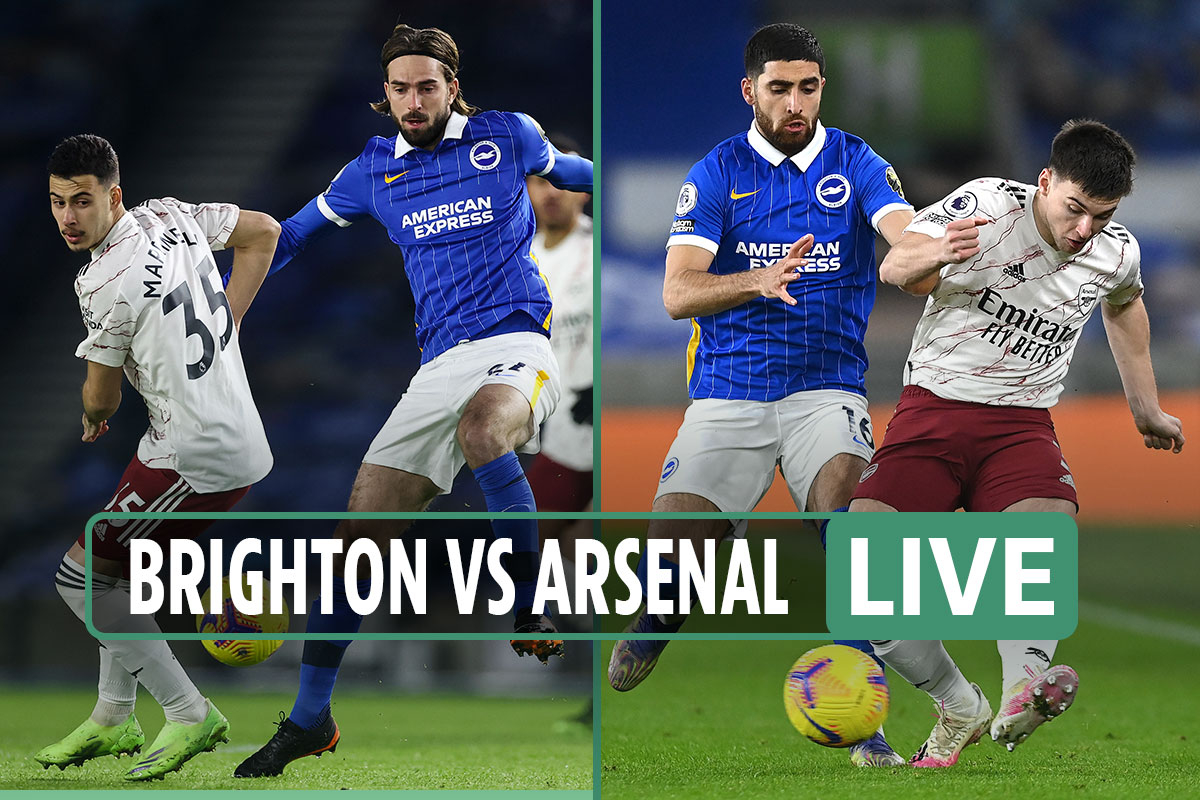 Arsenal conquered Brighton with a vital 1-0 win at the Amex stadium to wrap up 2020 in a victorious fashion.

Mikel Arteta’s only alteration to the starting eleven that conquered Chelsea three days earlier, was the selection of Pierre-Emerick Aubameyang ahead of Alexandre Lacazette for the striking position.

Both sides were toothless in front of goal, before Alireza Jahanbakhsh connected well from a cross for the first real attempt on goal of the game. Bernd Leno, however, dealt with the threat well enough.

Five minutes later, the tall figure of Daniel Burn nodded over the bar from a Brighton set piece routine. Granit Xhaka, who scored a breathtaking free kick from 25 yards against Chelsea wasn’t able to whip up the magic for the second time running as his shot from a free kick had the power, but not the direction in the 27th minute.

McAllister also failed to strike the first blow for Brighton through his attempt inside the box. At the halfway stage, it was a goalless stalemate.

Four minutes after coming out of the tunnel for the second half, Aubameyang was denied by Brighton’s Robert Sanchez after receiving a tantalizing cross from Bukayo Saka. Gabriel Martinelli’s curled effort from inside the box went agonizingly wide in the 51st minute.

Mikel Arteta’s outfit were on borrowed time. Therefore, he introduced Alexandre Lacazette from the bench in place of Gabriel Martinelli. Lacazette became the match winner as he picked his spot beautifully from Saka’s cross. That was his first contribution of the game in the 69th minute.

The French striker scored Arsenal’s first Premier League goal from open play in 6 away league games since he scored at Liverpool on September 28.

In the end, it was congratulations to Arsenal conquered Brighton following the defeat of Chelsea three days earlier. They are now playing with much swagger now after a poor run of results.

Why Magu, Others Were Rejected by Senate – Saraki