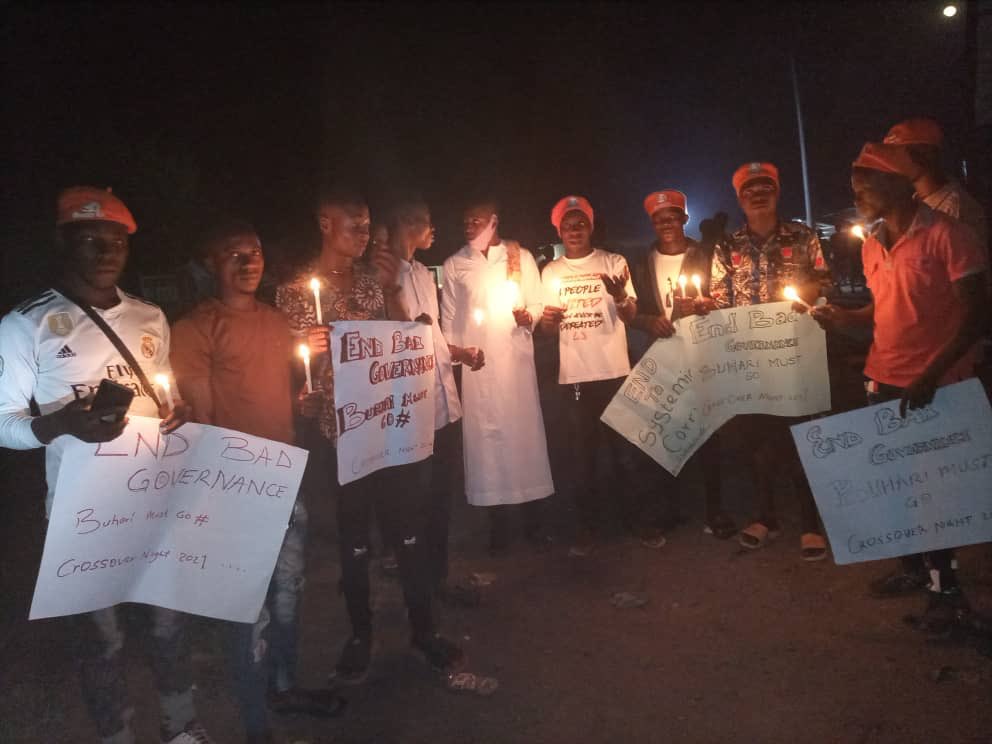 Omoyele Sowore was spending his first day of the New Year in police custody after he led a crossover protest to highlight bad governance in the country on the last day of 2020 in Abuja.

Sowore, presidential candidate of the African Action Congress, AAC in the 2019 General Election and also publisher of Sahara Reporters had led other activists after he made a shout out on twitter for people to come out to protest against the Muhammadu Buhari regime.

He had tweeted, “How about a crossover protest/uprising tonight? Anyone willing to participate? Pick up a candle and a placard showing your grievances against the regime; let’s upload our short videos and photos across our social media platforms. Let’s welcome the regime to a resolute 2021!

“#CrossoverWithProtest against tyrant @mbuhari’s regime, candlelight for #LekkiMassacre; a placard for #EndBadGovernment;  procession to usher in #Revolutionary 2021, a fist for victims of repression-frozen bank accounts, malicious prosecution and detention of #Endsars activists.

They were about ending the procession around the Gudu area of Abuja when the police reportedly moved in gave them a beating and picking some of them to detention.

It was gathered that they were taken to the Abattoir facility formerly used by the dissolved SARS after the crossover protest.

Following the 2019 presidential election, Sowore was picked up by the police in August 2019, by the Department of State Service (DSS) after he conceived the #RevolutionNOW campaign to address bad governance in the country.

He was kept by the DSS for 141 days before he was granted bail with the condition that he must not leave Abuja.