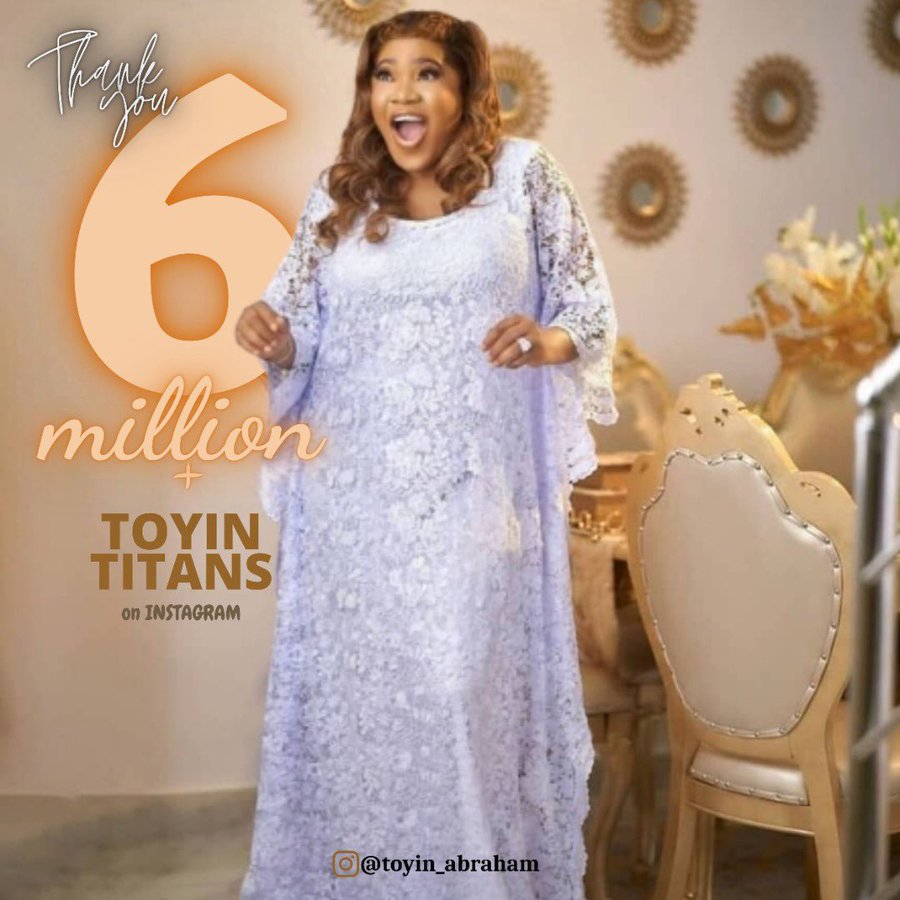 Popular Nollywood actress, Toyin Abraham got six million Instagram followers on Wednesday and immediately put out a big shout out to her follower for making it a possibility.

The actress took to her Twitter account on Wednesday to announce the achievement as she appreciated her fans.

She wrote: “Every growth is worthy of celebration and that’s why I’m saying a very big thank to y’all my incredible 6 Million Real Followers! Being here has always been worthwhile because of each and everyone of you, and I’m so grateful for this wholesome community!”

In 2019, she had a social media fight with fellow actress, Lizzy Anjorin, that her husband, Kolawole had to wade into the fight for peace to rein as he enjoined both his wife and Anjorin to behave in appropriate’ ways that is befitting of a movie star.

Mummy Ire had also accused fellow colleague, Mercy Aigbe, for being the reason her marriage to her ex-husband, Adeniyi Johnson crashed.  However, she publicly apologized to Mercy after she described her accusation as one of her moments of ‘mess up’.

However, she has overtime been building up a very positive image as reflected in the attainment of six million Instagram fans.

Her followers joined her in celebrating her new feat of six million followers.

GWG brings some of the reactions that followed as Toyin Abraham got six million Instagram followers.