Footballer Confronts Soldier Who Slapped Him 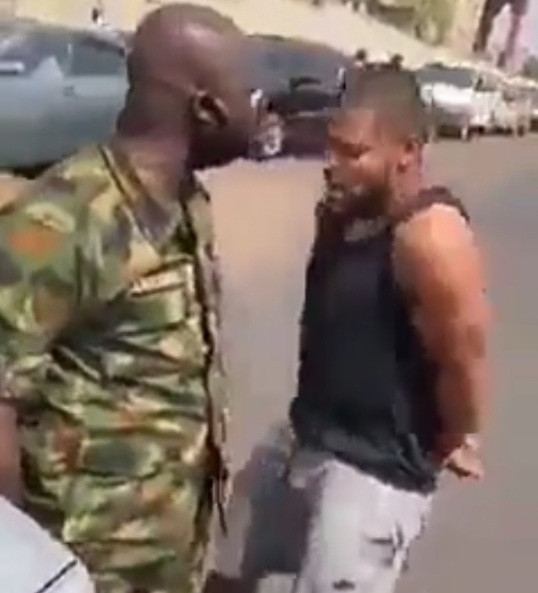 A video has appeared online in which Israel based footballer, Chikelu Ofoedu confronted a military man who he claimed slapped him leading to a scene.

Ofoedu who plays for Maccabi Tel Aviv was driving in his G-Wagon vehicle appeared not to let go of the Nigeria Army soldier who it appeared had driven against the traffic.

Efforts by by-standers did not immediately calm the situation as the soldier went back into his vehicle to bring out a cutlass as tension increased.

(VIDEO): I Am Not Afraid Of Police Arrest – Igboho