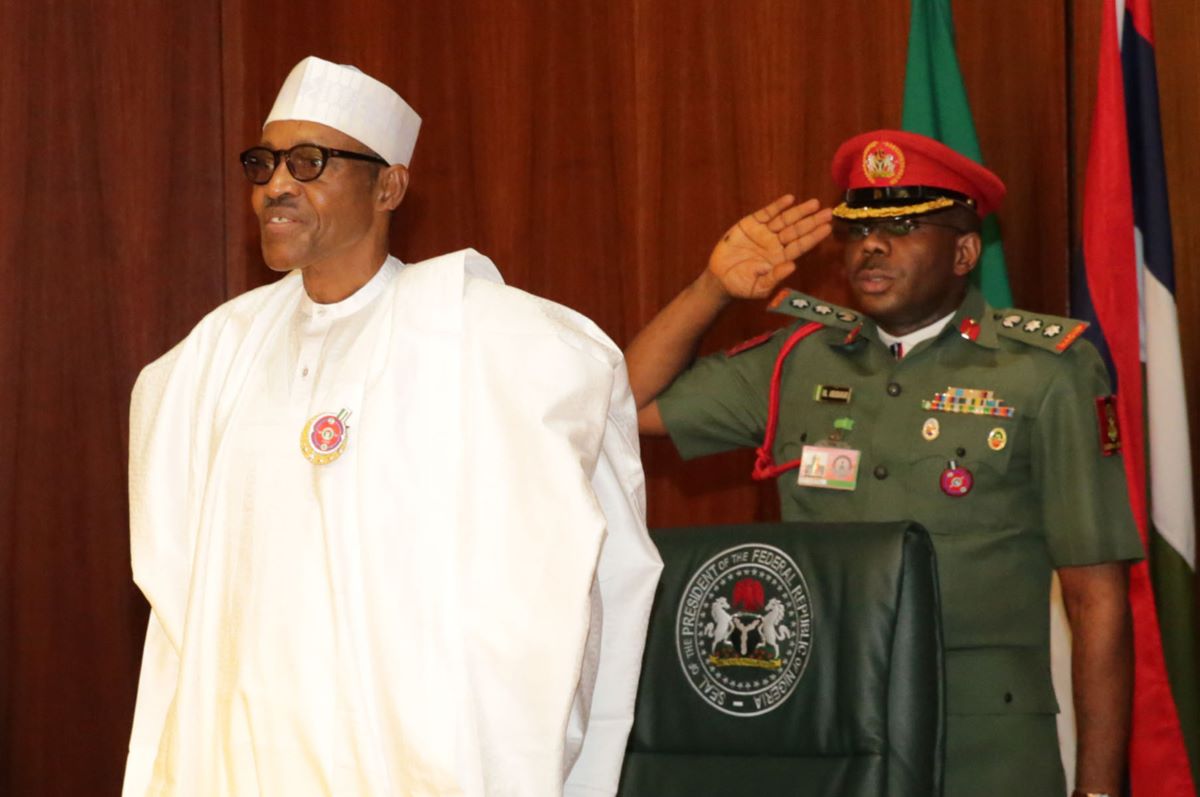 President Muhammadu Buhari has appointed a new Aide-De-Camp in the person of Lt. Col. YM Dodo it emerged on Saturday. With it, Buhari made a change in his personal security architecture.

His appointment GWG gathered was upon the exit of the former ADC, Col. ML Abubakar who it was gathered has gone for a promotion course.

A source who revealed this was insistent that Col. Abubakar was not sacked but had to exit the position to attend to the course that is required for him to go to his next rank of a one-star general.

Col. Abubakar has held one of the most difficult but influential positions in the country as the closest aide to the president since May 2015 when he was appointed.

As such he at all times maintains a vigil over the president and is about the first and last person to to bed and rise from bed.

He maintains a presence around the president to the extent of standing at his back ensuring that the president has his back covered in any eventuality.

In that position also he carries out personal duties of the president including holding his mobile phones, carrying notes and other personal effects and medicines that the president may require from time to time.

GWG has not been able to confirm the profile of the incoming ADC but sources were very clear that the change was not upon any strategic issue to do with the personal protection of the president.

The incoming ADC it was gathered was the Academy Adjutant at the Nigerian Defence Academy, NDA, Kaduna.