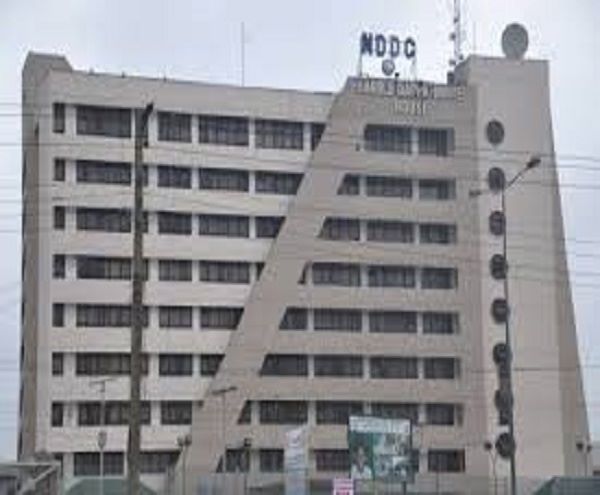 The Niger Delta Development Commission, NDDC crisis was at the weekend taking a new shape with reports that the Managing Director of the body, Mr. Effiong Akwa would soon be arraigned at the Code of Conduct Tribunal, CCT for non declaration of his assets.

The move against him was reported by The Nation citing official documents of the Code of Conduct Bureau on the issue.

The development is bound to be a big blow for the minister of Niger Delta Affairs, Senator Godswill Akpabio given general impressions that Akwa is his political protegee.

Akpabio had recently denied allegations that he masterminded a bribe of N100 million to save Akwa from problems connected with the investigation which is seen as another twist in the NDDC crisis.

The Nation in its report also quoted officials of the CCB as denying any such bribe saying that it was not possible to bribe through to cover the issues alleged against Akwa.

Before his present appointment Akwa was the Acting Executive Director, Finance and Administration in the Commission and before then the Managing Director of the Akwa Ibom- owned microfinance bank, Akwa Loans and Savings Limited and as the Special Adviser on Finance to a former NDDC Director.

According to the reports Mr. Akwa may have failed to declare his assets while working in his previous capacities.

“Reports written by CCB Directors in Akwa Ibom and the Rivers States and sighted by The Nation showed that Akwa did not disclose his assets as mandated despite several letters from the Agency requesting him to do so,” the newspaper reported.

Continuing in its report, in a development that sets a new twist in the NDDC crisis, the newspaper said:

“I can tell you that we have our reports which show that the NDDC Sole Administrator, Effiong Akwa, didn’t disclose his assets, both when he was the Managing Director of the Akwa Ibom State-owned bank and while he was serving at the NDDC.

“He was supposed to appear before the investigative panel last Thursday, but he wrote us a letter asking that the date be rescheduled to suit his engagements,” the source stated.

Denying the claim of bribery as alleged by critics of Akpbabio, the CCB official told the newspaper,

“We are also aware of the malicious allegations that he has paid N100 million to some of our officials to backdate his assets declaration form to get him off the hook. But I can tell you that it is not possible to backdate our documents.

“The matter we are talking about happened in 2013, how do you backdate such documents, how do you get the then Chairman to come and sign the document.”