Cheers, Some Jeers As DJ Cuppy Goes To Oxford 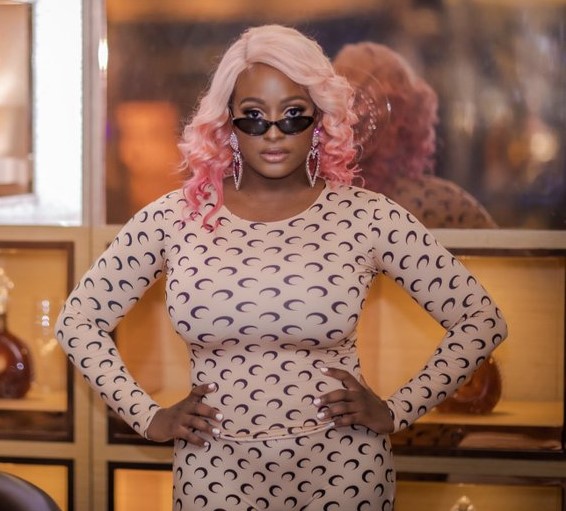 Florence Otedola, aka DJ Cuppy, daughter of billionaire businessman, Femi Otedola has excited social media with the news of her admission into Oxford University for a Master’s Degree programme.

The news was first shared with her parents through a video link saw the mother excited but the father was, however, non plussed bemusedly telling his daughter that he had paid her school fees long enough.

The conviviality that went with the video announcement to the parents drew much hilarity from some Nigerians and became an inspiration on family unity.

While the many of the responders hailed DJ Cuppy on her achievement, there were some who, however, used the opportunity to take a dig at her.

One said that “our ears go rest now’ with her departure for her studies in Oxford in September. There were also others who wondered why she should leave Africa to go and study for a Masters of Science in African Studies in the United Kingdom.

DJ Cuppy had on Thursday set the stage for the announcement when she posted on twitter that she had a big announcement to be made by 10.00 a.m. on Friday.

Meet me here at 10am tomorrow for a HUGE announcement!

…You’re going to be SHOCKED! #CuppyOnAMission

Following that she shared  video of how she relayed the announcement to her parents.

Among those responding were:

The video of cuppy sharing the news of her masters admission into Oxford University with her parents made me smile. I pray may we all have good news to share with our parents In Jesus Name

Rowland Flag of NigeriaJaja OF OPOBO

It is a success, you truly deserved. It is an achievement you have truly earned. I congratulate you on your success and wish you all the best for your future. Well done.

Awww, Cuppy is going to Oxford for her masters. That’s big news

There were, however, some who taunted DJ Cuppy about her Oxford programme.

Somebody told Cuppy to leave music and focus on her studies. Can’t you people just wish someone well and keep it moving

Leaving Africa to go and study Africa Abroad, that will too far now. I hope Daddy knows about this aunty Florence?

Leaving Africa to go and study Africa Abroad, that will too far now. I hope Daddy knows about this aunty Florence?