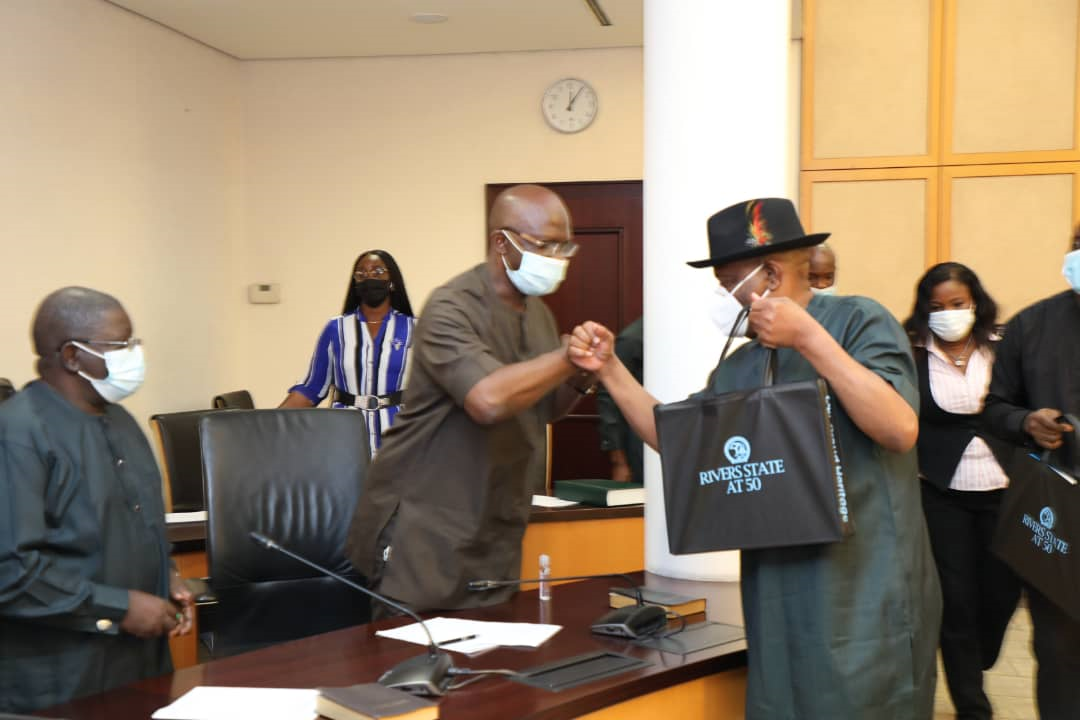 Nyesom Wike, has advocated not less than 10 percent fund allocation to host communities in the Petroleum Industry Bill, PIB. Besides, Wike has also called for action for oil communities to be protected from the divide and rule plots of oil companies led by Shell.

Governor Wike said it is also necessary that the bill state in clear terms what specific development projects that the allocated fund should be spent on, so that development of host communities can be truly actualised.

The governor gave the charge when the members of the National Assembly Committee on the Petroleum Industry Bill,  visited him at Government House, Port Harcourt, on Thursday.

Governor Wike stated that oil bearing communities have suffered the loss of their livelihood, good drinking water and their sociocultural life disrupted because of the insensitivity of the International Oil companies (IOCs).

“It unfortunate that people produce oil but they live in poverty. I believe that this Petroleum Industry Bill (PIB) committee will make recommendation of how certain percent must be given to the host oil communities.

“There are issues of education and health. Don’t just say 10 percent to the oil host communities. It must be tied to specific projects so that whoever is in charge will know it.

“So that he or she does not have the prerogative to initiate, like during Christmas, to buy and give 20 thousand bags of rice and tag it as project.

“Let it also not be that host community people will have this money, and you begin to see assassinations among themselves.”

“I have found out that part of the problem we have in communities is that they allow these oil companies to divide them. They cause crisis among them; divide and rule. That is the pattern of IOCs, particularly Shell,” Wike said.

According to the governor,  the mistakes found with the act establishing the Niger Delta Development Commission (NDDC) should be avoided because it did not specify what projects the Commission should embark on in the Niger Delta.

“This same thing that has happened to the Niger Delta Development Commission (NDDC) should not happen to the issues of host communities in PIB.

“If in the NDDC act, they were able to tie the money that will be coming to specific projects, it would have developed the people of Niger Delta. And you won’t be having people fainting at the National Assembly.

“NDDC will leave their job and begin to buy vehicles for police, army, and asphalting barracks. Is it what NDDC is meant to do?  That is where we have lost it.”

In his speech,  the Deputy Chairman of the National Assembly Committee who led the delegation,  Mr. Victor Nwokolo Onyemaechi said the committee was in Rivers State to have town hall  meeting with stakeholders to resolve issues of what should be allocated to host communities in the PIB.

“A lot of people have been misinformed about the issue of host communities.  Some have said that host communities are related to hostility of the producing communities. But with what they have seen today and  in the last four days, have shown to be negative. It has proved negative in the sense that we walked round over 800 meters about three days ago and they  saw that even in dry season, we have to use wood as bridge to get to where Shell is exploring and making all their money.

“They also saw the impact of Shell petroleum operation to people’s means of livelihood where their farmland were burnt and palm trees were burnt to ashes.  They can feel it and they can see it.