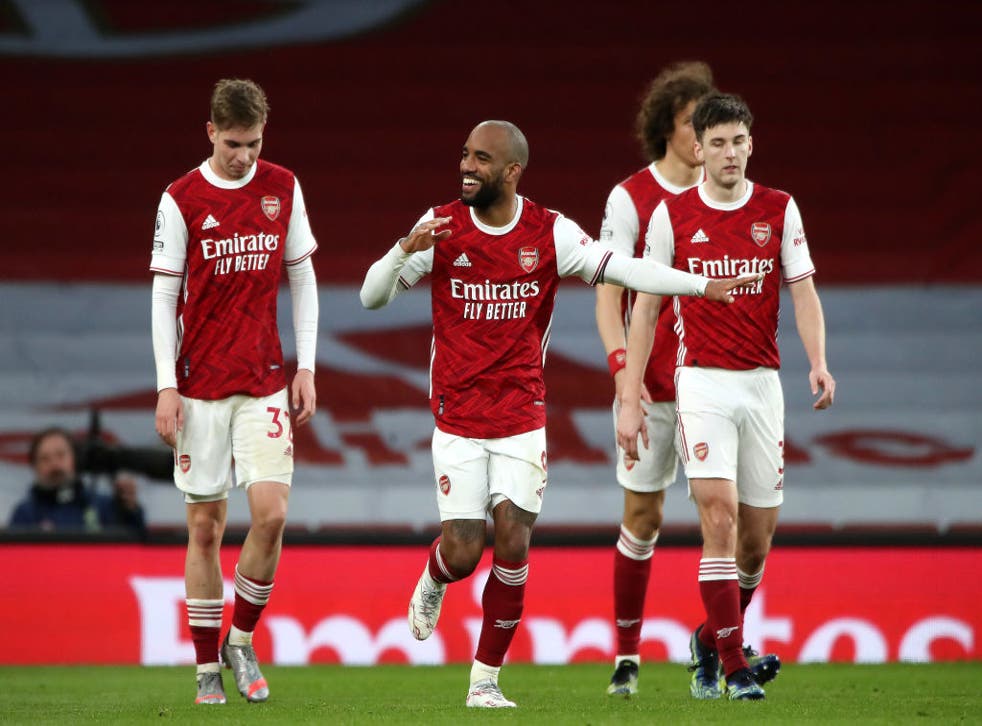 North London was red again as Arsenal came from behind to edge Tottenham 2-1 at the Emirates Stadium on Sunday evening. Arsenal coach, Mikel Arteta’s derby win couldn’t have come at a better time against a much more experienced Jose Mourinho.

As usual, the drama of the North London derby began when Emile Smith Rowe’s early shot clattered the woodwork. That was the first indication that Arsenal were in the mood to spoil the party for Mourinho.

Though Arsenal made Spurs look subservient to them, however, it was Erik Lamela’s extraordinary Rabona-kick that broke the deadlock in the 33rd minute. The Argentine international was brought on as a replacement for the injured Son Heung Min and he scored a goal that will live long in the memory of the North London derby fandom.

Afterwards, Cedric hit the bar for Arsenal, before Martin Odegaard cancelled out Lamela’s opener in the 44th minute as both sides were even at the break with Arteta’s men fixated on spoiling the joy for Mourinho.

Ten minutes after the restart, a misfiring Alexandre Lacazette took aim from outside the box as the Gunners looked to turn the game around.

Lacazette became successful as he dispatched with conviction from the penalty spot after he was fouled by Sanchez in the box. That was goal number ten for Lacazette in the Premier League season.

Erik Lamela who was a hero in the first half tuned villain as he was sent off in the 76th minute following an elbow on Kieran Tierney.

Despite the numerical disadvantage, Tottenham went in search of an equalizer but Arteta’s Arsenal threw in everything to thwart Mourinho and his men. They almost drew level from Harry Kane’s terrific free kick which was prevented from going in by the woodwork. No man in the history of the North London derby has scored more goals than Kane and he had another chance from the free-kick spot in injury time. But he fell short of glory as Arsenal held on to vanquish their fierce rivals and it was Arteta’s first triumph over Mourinho as player or coach.

Mikel Arteta was basking in joy as he prevented becoming the first Arsenal manager to lose in his opening three North London derbies. On the flip side, Jose Mourinho suffered only his third defeat to Arsenal in his exquisite managerial career.