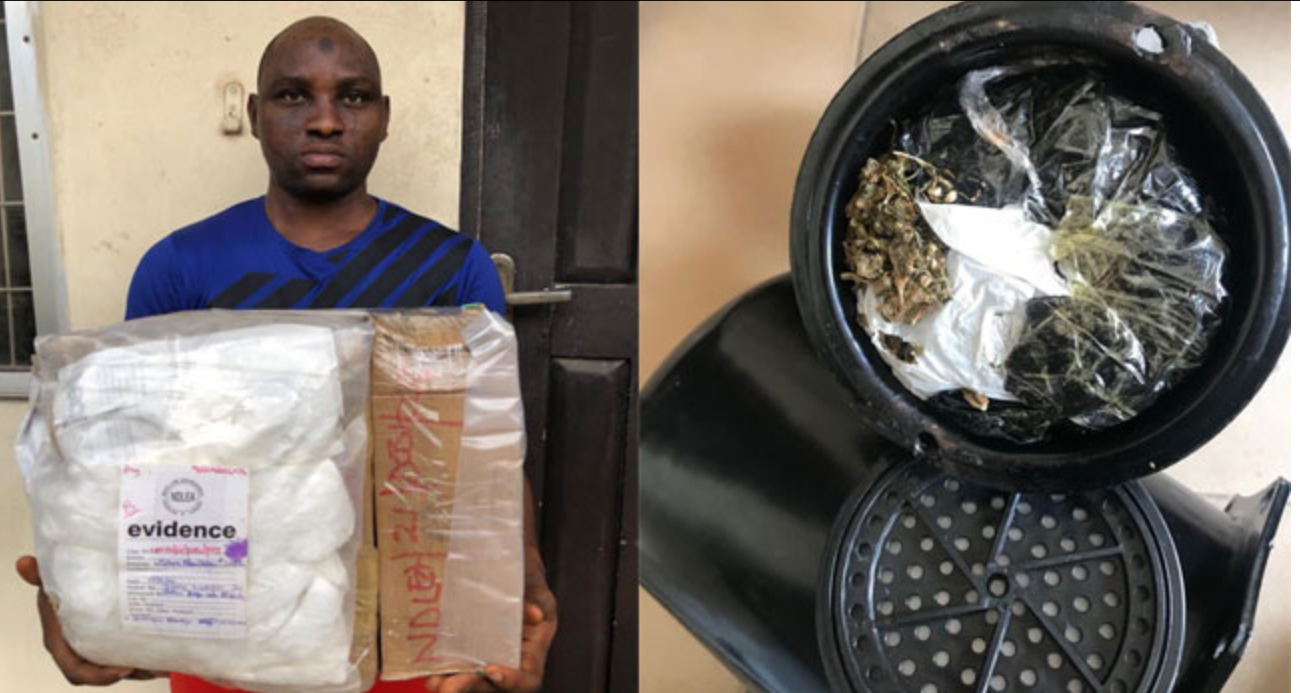 The National Drug Law Enforcement Agency (NDLEA), has intercepted well-concealed and unaccompanied parcels of cocaine, heroin and other hard drugs being shipped to the United Kingdom, Northern Ireland, Australia, Maldives and New Zealand.

The NDLEA spokesman, Mr. Femi Babafemi, disclosed this on Tuesday in a statement.

Babafemi said that a notorious trafficker, Mr. Sikiru Owolabi, who is behind at least two of the parcels has been traced and arrested after days of thorough and systematic surveillance by NDLEA operatives.

According to the statement, the undercover narcotic agents attached to two international courier companies in Lagos made the seizures.

“Sikiru Owolabi, who has made useful confessions during interrogations, was tracked after 1 kilogramme of cocaine concealed in cream containers and meant for Dublin in Northern Ireland was intercepted at one of the courier firms in Lagos. This was also followed by the discovery of another 200grammes of cocaine meant for London, United Kingdom in the same courier company.”

In another undercover operation, 320grammes of heroin concealed in earrings coming from Congo and going to Australia was seized at a different courier firm in Lagos, just as another 390 grammes of cocaine hidden in men’s clothing and going to Northern Ireland was intercepted in the same company.

NDLEA said beside the arrest of Owolabi, efforts are ongoing to track and arrest other traffickers behind the other unaccompanied illicit drugs packaged as parcels for shipment to Europe.

Chairman/Chief Executive of the NDLEA, Brig. General Mohamed Buba Marwa (rtd) who commended the men and officers involved in the operations, said “I ask all our men and officers involved in the various overt and covert operations across the country to continue with the ongoing offensive action until we chase the criminal elements out of their illicit and damaging trade.”