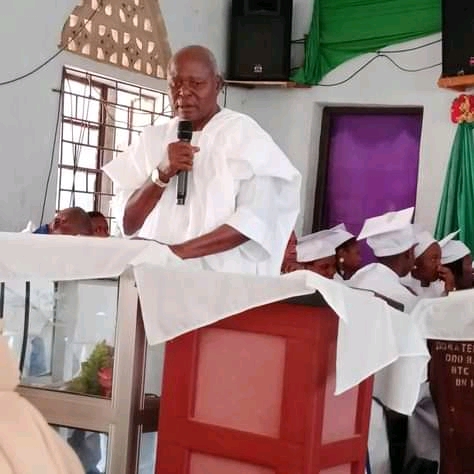 A retired priest of the Church of Nigeria, Anglican Communion, Venerable Emmanuel O. Ajayi is set to launch his memoir, The Gardener.

The book which catalogues some of his experiences in his over four decades of active ministry work will be unveiled to the public on Tuesday April 6, at the Holy Trinity Anglican Church, Oboroke-Ihima in Okehi Local Government Area of Kogi state.

The occasion will also feature a thanksgiving and Holy Communion to commemorate his 80th birthday, a statement issued by the organisers said.

Ven. Ajayi attained the grand age of 80 years on Wednesday, 10th June, 2020 but the celebration was deferred because of the COVID-19 lockdown.

“We had to defer celebrations in line with the mood of the nation brought about by the advent of the COVID-19 pandemic”, the organizers stated.

The statement added that the book is a firsthand narrative of some of the author’s experiences as an Anglican Priest and “I have no doubt that it will serve as a guide for those still in active ministry and as a reflective tool for those in retirement and the Laity as well”.

The event will be chaired (virtually) by the Co-chairman of the Board of Trustees BoT, Pan-Niger Delta Forum PANDEF and former Governor of Akwa Ibom state, Arc. (Obong) Victor Attah, and also co-chaired by a grassroots Politician and chieftain of the All Progressives Congress APC in Kogi state, Chief M.J Ozovehe, while a former Minister of State, FCT, and National Secretary (CECPC) of the All Progressives Congress APC, Sen. James Akpanudoedehe Ph.D, is expected as Special Guest of Honour.

Other dignitaries expected at the occasion is a philanthropist and former Governorship Candidate of the Action Congress, AC and Labour Party in Rivers State, Prince Tonye JT Princewill; a former Chief Press Secretary to the APC National Chairman and serving Commissioner for Commerce and Industry in Imo state, Hon. Simon Ebegbulem, President, Khalif Cares Foundation Abuja, Dist. Khalifa Abdulrahman Okene and Chief Press Secretary to the Kogi state Governor, Hon. Mohammed “Galacticus” Onogwu among a host of others.

Royal fathers expected to grace the launch of the memoir of the former Anglican priest, Ajayi, are their royal highnesses, the Ohi of Ihima, Alhaji Ahmed Abdulraheem Ogido; the Obobanyi of Ohionwa Clan, Dr Ahmed E. Jimoh; and the Ohiomata of Odumi Clan, Chief James Otaru, while the Anglican Bishop of Okene Diocese, Rt. Rev. (Dr) Emmanuel Onsachi will be the Spiritual Father of the Day.

The statement added that the book will be reviewed by Rev. Canon James Ozigi.