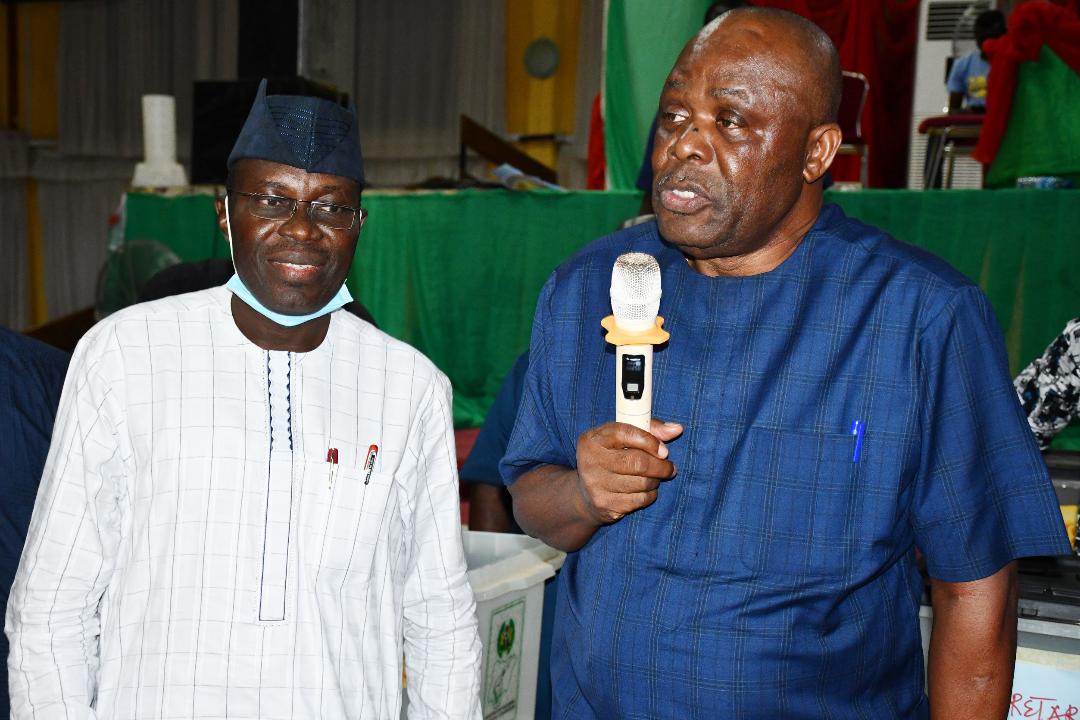 A former deputy governor of Oyo State, Taofeek Arapaja was on Monday night returned as the new national vice chairman of the Peoples Democratic Party, PDP, Southwest upon the support garnered from Governor Seyi Makinde of Oyo State.

The rivalry for the position had almost torn the party in two until the congress ground where both Makinde and Fayose made peace.

In the end, Arapaja with Makinde backing him won the race narrowly after polling polled 343 votes to defeat Olafeso, who scored 330 votes in the congress supervised by a team led by the deputy governor of Benue State, Benson Abounu.

GreenWhiteGreen GWG reports that before the voting commenced at the Congress floor at Wocdiff Centre, Osogbo, on Monday, Fayose affirmed Makinde’s leadership of the party thus:

“The Governor of Oyo State, Governor Seyi Makinde, my brother, my friend and by the grace of God, our leader.”

“I and Seyi Makinde are one from the beginning,” the former Ekiti State governor said as he wished Makinde well as leader of the party in the zone.

“Nothing last forever, if I offend anybody, I apologise,” he added.

Fayose also used the opportunity to apologise to those he had angered in the other faction as he drew the curtain on the quarrel between both men that had led him to at one point vow to campaign against the re-election of Makinde in 2023.

With Arapaja as the new vice-chairman he has his job cut for him in cementing the peace between Makinde and Fayose.