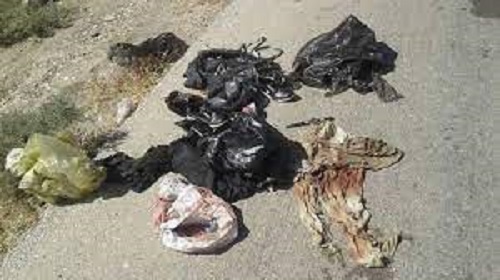 Fifteen beheaded bodies were on Tuesday morning found dumped at five Miles area on the outskirt of Calabar.

The dead bodies comprising both males and females were dumped in steep valley along the double carriageway under construction by Governor  Ben Ayade.

The identity of the bodies is not yet known and those who might have dumped them there.

The gory spectacle was discovered by farmers this early morning.

A crowd gathered at about 11.00 am to observe the gory sight while a horde of flies fluttered around the decapitated bodies.

READ ALSO: Naval Officer Stabs Airforce Personnel For Having Affair With His Wife

“Some persons may have brought these corpses and dumped here in a vehicle last night”. Alex a commercial driver who parked to observe the spectacle observed.