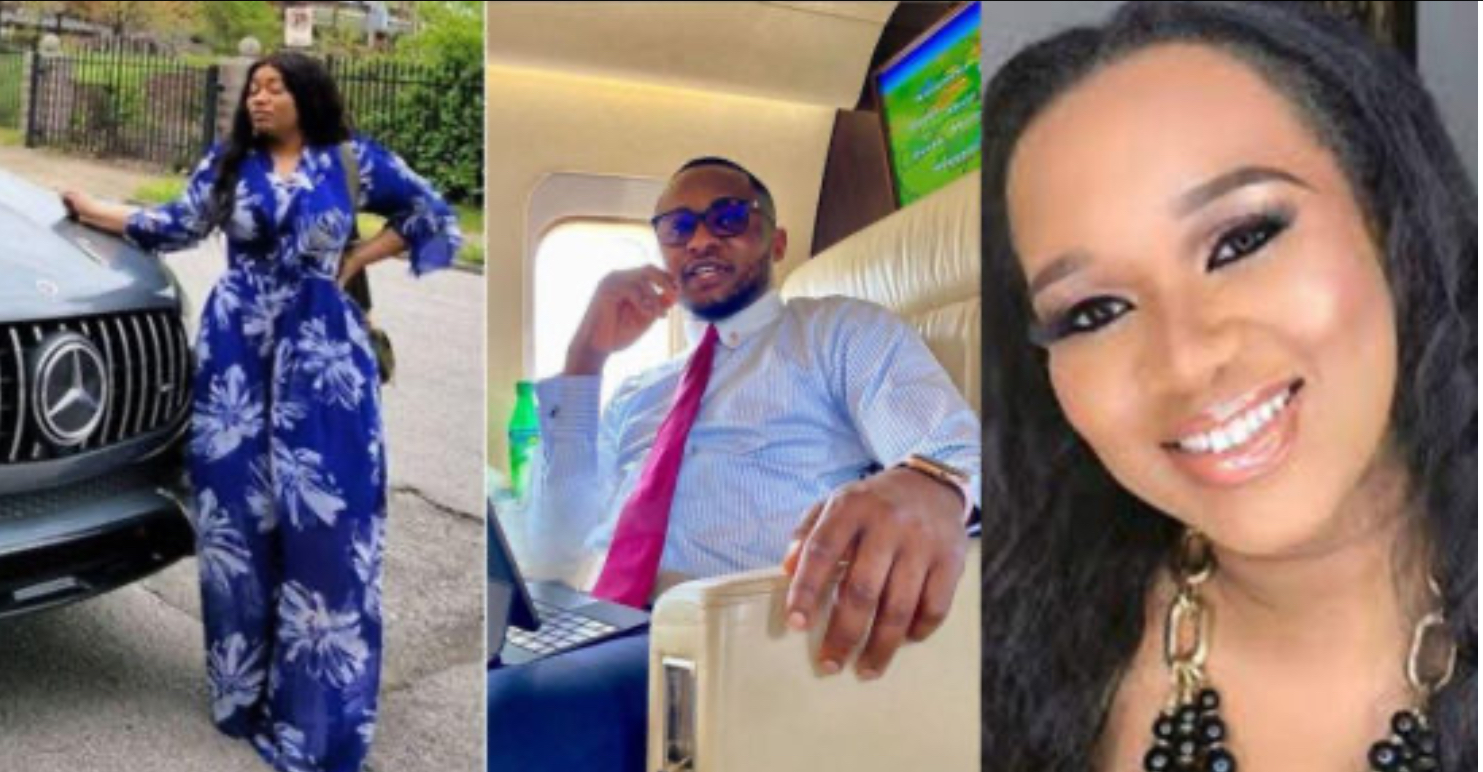 Talent manager Ubi Franklin has finally reacted to the drama between his 4th baby mama Sandra Iheuwa and his rumored girlfriend Renee.

The two women yesterday fought dirty on social media as they called each other names and even went as far as laying curses on each other.

The entertainment executive has now taken to social media to react to the drama explaining what seems to have transpired between his baby mama and girlfriend that led to the drama we saw on social media. Ubi Franklin explained that he cannot reach a 2-year-old without the help of her mother and for several months now he has been trying to reach his daughter but her mother Sandra has made it impossible.

He further explained that he is a single man and has a right to association so no one should be harassed when they are seen around him. The talent manager further appealed to everyone to respect his relationship decision.

”A man’s heart should never be caged and the ability to Love should be a question of ridicule. I have loving children and great mothers, with whom I share co-parenting responsibilities with either financially or physically (my kids being in my care physically) where possible.

I have every right to put a call across to all the mothers of my kids to be sure they are fine and possible opportunity to see my kids. I cannot basically reach a 2 year old without the assistance of her mum, and for months it has been impossible. I have a right of association as a single person. Nobody has a right or have been given such leverage to harass anyone seen around me.

I will urge everyone to respect my relationship decisions and avoid any negative discourse that does little to add positive energy for all involved.

Reactions Over Death Of Ada Jesus