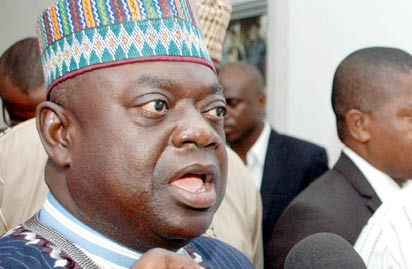 One popular political tale that swirled around Abuja late in 2006 as President Olusegun Obasanjo prepared his exit after the collapse of the Third Term Agenda, was how he was exacting retribution.

Despite what many believed to have been Chief Anthony Anenih’s overt support for Third Term, for one reason or the other, ‘Mr. Fix It’ became one of the popular targets for the president’s vengeance.

Odion Ugbesia who was well known as Chief Anenih’s first choice for governor of Edo State in 2007 was willy-nilly, edged out as the president settled on his distant in-law, Senator Oserheimen Osunbor for the ticket of the Peoples Democratic Party, PDP. Partly as a consequence, Osunbor and Anenih were to have a bruising fight that culminated in Comrade Adams Oshiomhole ascending to power in 2008.

In Imo State, another minion, Senator Ifeanyi Ararume who had obviously courted Anenih while he lived in Benin, was shoved out. President Obasanjo did not mind sacrificing the governorship to the then Progressive Peoples Alliance, PPA.

It was especially painful for Anenih and his protegees given the resources that they had poured into the campaign to become governor. Indeed, it was more painful for Ararume who had already won the ticket of the PDP and was a shoo-in to become governor. Ararume who had his best chance in 2007 has since then been struggling to bounce back to the extent that even Senator Hope Uzodimma would even now, not allow him back to the Senate.

Ikedi Ohakim and Osunbor were political actors who were already in the game and had invested resources and energy in realizing their aspirations to be governors in Imo and Edo States respectively. However, their prospects were almost impossible without President Obasanjo’s intervention.

Another contemporary of theirs in the Governors’ Class of 2007 was by far luckier. Dr. Babangida Aliyu, it is claimed, benefited from the Third Term venom that the president sent the way of General Ibrahim Babangida and the then governor of Niger State, Abdulkadir Kure.

Given their stealth opposition to Third Term, the outgoing president also ensured that the commissioner for local government affairs, Alhaji Bala Guana who Kure had positioned for the Niger governorship was also stopped.

According to the story, the then Permanent Secretary of the Ministry of Federal Capital Territory, Dr. Aliyu was sitting in his office in Abuja within hours of the deadline for the submission of the PDP governorship forms when the president nudged him to pick the form.

The rest, it is said, is now history. Dr. Aliyu went on to serve two terms as governor of Niger State.

Unarguably, one of the most educated persons to have become governor of Niger State and Nigeria, Dr. Aliyu, however, left a mixed legacy. Few can remember any remarkable touch to infrastructure or social development during his eight years. As he left office, the Boko Haram insurgency raged and it is remembered that he was in office when Madalla, Suleija and environs were attacked by the insurgents.

He was also at the same time one of Nigeria’s most voluble governors. His attempt to sustain political relevance to go to the Senate in 2015 failed when as sitting governor he was defeated in the Senate election. His attempt to also push through his chosen successor in the person of Alhaji Nasko, also failed.

Despite his mixed legacy in governance and failures in political ascendancy, one space Dr. Aliyu seems to be finding glory was in his role in contributing to the failure of his party’s presidential candidate in the 2015 election.

Whether his role was in support of Dr. Obasanjo’s own aversion to Dr. Goodluck Jonathan at that time is arguable. What Dr. Aliyu has told the world now is that he mobilized Northern PDP governors to frustrate Jonathan. According to him, Dr. Jonathan’s success would have meant a defeat for the North.

By his claim, he has also come out to say that he helped Alhaji Muhammadu Buhari to power in order to push through a Northern agenda.

Indeed, there were many nonpolitical actors who in deference to what many at that time thought as Dr. Jonathan’s failures, strongly objected to another term for him. Many are now regretting.

There were also others from the North like Alhaji Sule Lamido who strongly objected to another term for Jonathan but because of party loyalty soldiered on, even at great cost.

However, when a major political actor like Dr. Aliyu claims to have played anti-party seemingly because of clannish sentiments it is worrisome.

Given the legacy of the Buhari regime, it is still shocking that Aliyu still prides himself on his role in bringing the government to power. It indeed raises issues as to his sense of political propriety and pageantry.

Indeed, apparently because of his mixed legacy in office, the APC does not also reckon with him. The PDP national leadership as proposed by Governor Wike should go beyond indifference to either sanction him or put him in the loop.

Aliyu benefited from the late Kure’s rebellion to Third Term and he may have also ingested the seed of rebellion in opposing Jonathan. But he apparently did not take in the tact with which Kure played out his own rebellion.