Nengi Rages Over Death Of Iniubong

“God Will Fight For Me”- Bolanle (Pepper Dem)

I've Been Cured Of STD I Got From Lyta, Says Kemi, Singer's Babymama 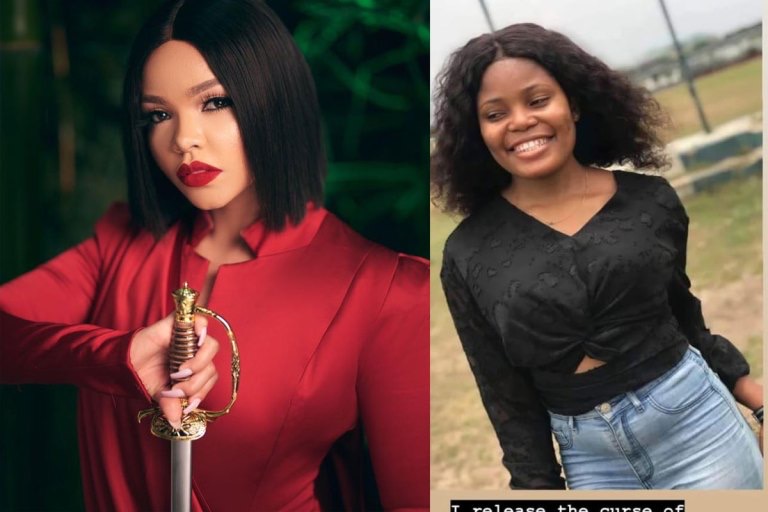 Reality TV star and brand influencer, Rebecca Nengi Hampson has invoked the wrath of God on the killers of Iniubong Umoren.

Iniobong Umore was reported missing days after she went out of her home to seek for job and she was later found dead and buried in a shallow grave in Akwa Ibom.

As reported earlier, Iniubong Umoren went for an interview but the so-called employers raped her and beat her to death.

A Twitter user who is a close friend of Iniubong who was heartbroken over the unfortunate incident bitterly cried out saying;

Reacting to this, former Big Brother Naija housemate, Nengi took to her Instagram story and unleashed mayhem on the killers of Ibiobung and their generation.

“I release the curse of God upon your killers. Curse is their generation “.

The police did confirm that the job seeker was raped, murdered and buried in a shallow grave and her body has been exhumed and taken to the morgue.

@emjaystylez: Imagine what the family of the girl is going through 🤦🏾‍♂️ Sis just wanted a better life

@elkanah_justina: I feel so sad for this lady and I thank God I survived my ordeal, same thing that happened to this girl… it’s more painful now that one will struggle to be educated only to be jobless, frustrated and depressed… still trying to overcome the ptsd the incident gave me… This country is as use.less as the people leading us

@andyblayz: Crazy country! One gets killed even when just trying to make ends meet!! Sad times!