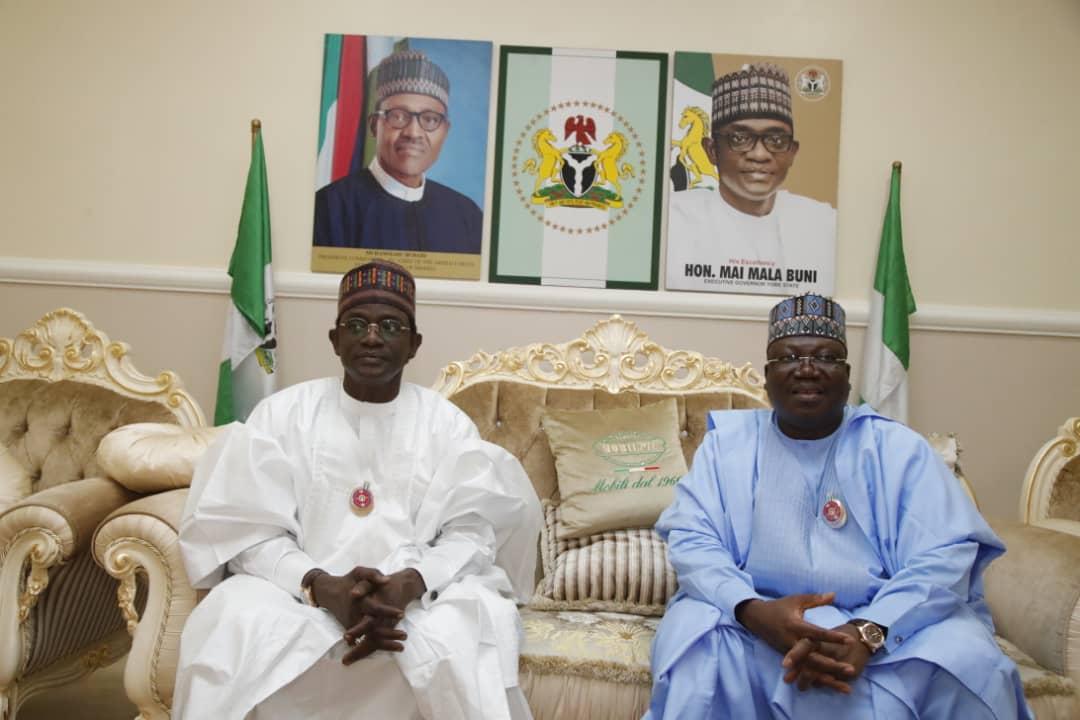 Fresh crisis is rocking the ruling All Progressives Congress (APC) over the alleged rift between Senate Pres­ident, Ahmad Lawan, and Governor Mai Mala Buni of Yobe State, who is also the Chairman, Caretaker/Ex­traordinary Convention Committee of the party.

Credible sources said the desire of both men to succeed President Muhammadu Buhari in 2023 was responsible for the strained relation­ship between the two gladiators who are both from Yobe State.

Daily Independent had earlier re­ported that Lawan, who represents Yobe North Senatorial District in the Senate, nominated Buni, a former National Secretary of APC, for the position of Caretaker Chairman af­ter the dissolution of the Adams Os­hiomhole-led National Working Committee (NWC) by the National Executive Commit­tee (NEC) of the party. ­

It was gathered then that Lawan, by virtue of his po­sition as the president of the 9th Senate, is interested in succeeding President Buhari in 2023 if the APC decides to zone the ticket to the North as being canvassed in some quarters.

Sources also said that Buni’s nomination as the caretaker committee chair­man has put Lawan in a strong position as one of the major contenders for the presidential ticket of the APC. Lawan, however, denied that he was interested in the pres­idency but focused on his role as Nigeria’s number three cit­izen.

A leading figure in the par­ty told Daily Independent on Tuesday that both men are not on speaking terms owing to Buni’s interest in the pres­idential race.

According to him, Lawan is peeved that Buni is using his position as the APC Care­taker Chairman to garner support for himself ahead of the presidential primary of the party.

“Yes, like I informed you earlier, Lawan nominated Buni, the governor of his state, for the chairmanship position of the APC with the hope that it will give him an edge if the party zones the ticket to the North. But now, both men are not on speak­ing terms because the Senate President has realised that Buni is also interested in the presidency.

“There is a general belief that Buni is also eyeing the presidency in 2023 and he has been using his position as the caretaker chairman to his advantage. I think that is why some northern powerbrokers are talking of throwing the ticket open for all intending aspirants instead of zoning it to the South”, he said.

When contacted, an aide of Buni, who asked not to be named, said the rumour of a rift between his principal and the Senate President is the handiwork of detractors who are seeking to cause confusion in the APC in or­der to advance their selfish agenda.

According to him, the two leaders have been working harmoniously and were to­gether in Kano and Sokoto on condolence visits to the Emir of Kano, Aminu Ado Bayero, on the death of his mother, Hajiya Maryam Ado Bayero, and the Magajin Garin Soko­to, Alhaji Hassan Danbaba, over the demise of his moth­er, Hajiya Aishatu Ahmadu Bello.

“Kindly disregard the report. There is no crisis be­tween Governor Buni and Dr. Lawan. The report is just the handiwork of mischief mak­ers who are unhappy with the peaceful atmosphere in the APC and are spreading false news, crying wolf where there is none.”