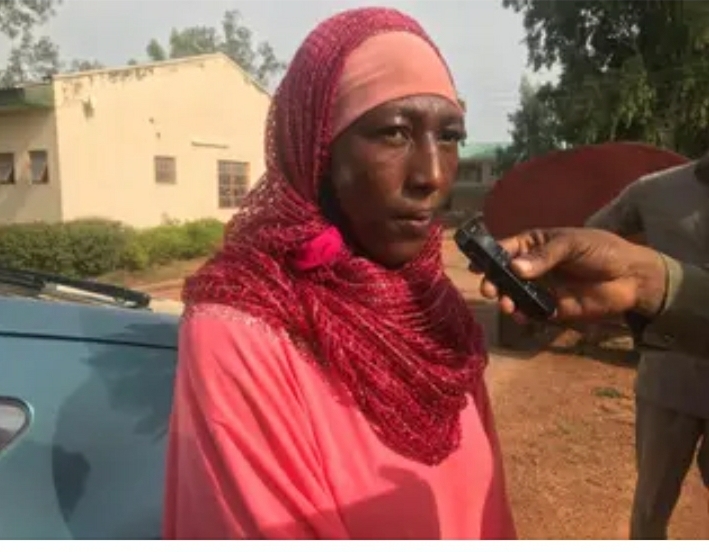 A pregnant student who was one of the 37 abducted from the Federal College of Forestry Mechanisation, Afaka, Kaduna State, has narrated how she lost her pregnancy in captivity.

Speaking with Daily Trust soon after reuniting with her husband at the college premises, Fatima Ibrahim Shamaki said she was two months pregnant when she and other students were abducted from the college dormitories on March 11, 2021.

She said she lost the pregnancy due to stress she and others endured in captivity.

Fatima, however, said the bandits never knew she was pregnant, though they constantly asked who among the female students was pregnant.

She said she hid her condition for fear that they may harm her.

“I was scared because anytime some of us say we are ill, they will imply that they will just ‘finish’ the person. So I felt knowing my condition, they may decide to harm me,” the student of the School of Forestry, Kaduna said of how she hid her pregnancy.

“I relied on my fellow female students to help me during the period. We all helped one another even during the monthly cycle, we would tear out our wrappers to help one another,” she said.

Fatima who also lost her father, Ibrahim Shamaki, while in captivity, said she was so ill in the forest that she fainted three times.

She said sometimes, the bandits gave them drugs such as Buscopan to relieve stomach cramp.

The School of Forestry, Kaduna student besides narrating how she lost her pregnancy, said that their ordeal in the hands of their abductors started after they were made to trek deep into the forest for many hours after they were kidnapped. She said that they had their locations changed about four times and were constantly tortured.

She, however, said none of the female students was sexually assaulted.

“While we were in the forest, we slept in the open; under trees and we saw a lot of monkeys and and hyenas, there were cattle too but they belonged to the bandits,” she said.
Source: Daily Trust