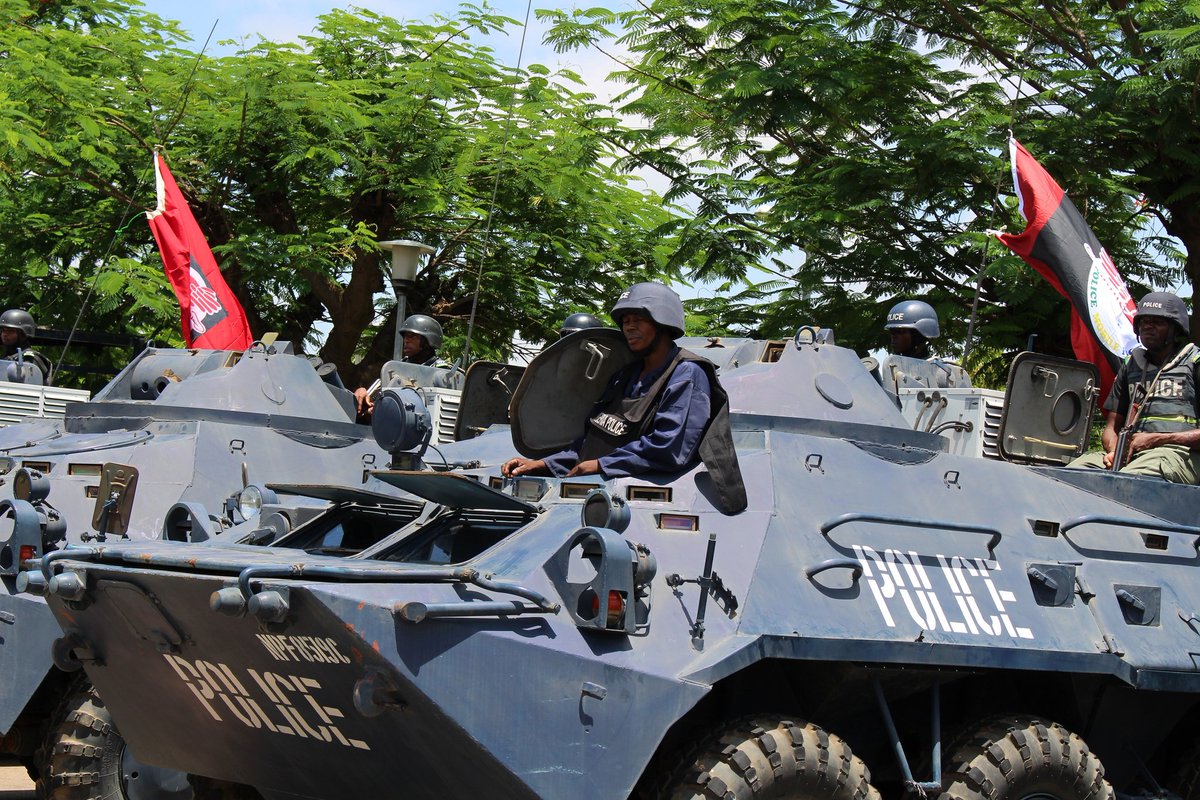 At least eight Boko Haram fighters who infiltrated Maiduguri as part of a team to raze the Borno State capital were ground to pieces when they were overrun by a Police Armoured Personnel Carrier, APC on Tuesday.

It was reported that the incident happened when a crack team of police operatives confronted the insurgents who attempted to attack residents of Maiduguri, the Borno State capital according to PRNigeria, an online news medium embedded with Nigeria’s security forces.

The medium in a dispatch disclosed that the incident happened on Tuesday evening while Muslims faithful were preparing to break their Ramadan fast when the terrorists infiltrated the area on a guntruck and several motorcycles.

GreenWhiteGreen GWG had reported that the attack by Boko Haram in Maiduguri had led to the burning of several houses in the Borno State capital.

Giving more details on the conflict, “An intelligence source confided  in PRNigeria that the terrorists were in a process of setting àblaze  a house at Jiddari Polo when the police crack team led by CSP Mohammed Ibrahim suddenly appeared in the area with armored personnel carrier (APC) to attack the Boko Haram fighters.”

“Immediately the terrorists sighted the police team, they attempted to escape. While pursuing them, the police armored personnel carrier overran and killed some of them on the spot.

“We counted atleast eight dead bodies while many others were scattered to pieces. As we speak their bodies are laying down in Jidari Polo. It was actually a bad outing for the terrorists.

A reinforcement team comprising of the Nigerian Army, Nigerian police and the Civilian Joint Task Force were later deployed to chase other fleeing terrorists.