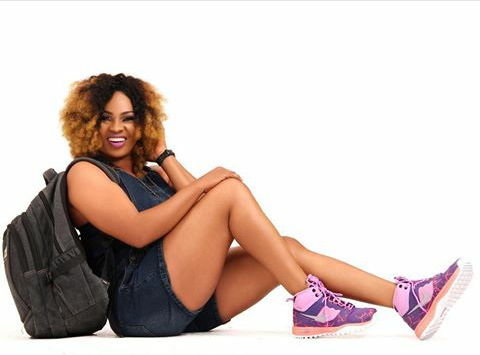 Not many Nollywood actresses have the guts to admit they can take up a role that involves a sex act. But for Regina Chukwu, an old hand in the business, it is just another avenue of expressing one’s craft and being prolific in what one does.

She told Potpourri in an interview that she can take up a role that involves having sex on set.

Hear her: “Why not? I have done it one or two times. Acting is make-believe, so you have to be comfortable when you’re doing it and you also have to take into consideration that our society does not really support some things; they may just condemn you for doing some things but that does not mean we would not do it. We only have to be considerate when we’re doing it.”

Further explaining how she played a sex act in a film, she said “There was this movie I shot but I don’t think it’s out yet; we were supposed to shoot a scene where we were making love, as in serious lovemaking. After the director did it and everything, I made sure that they did a kind of behind-the-scenes shoot where people would see that I was actually wearing clothes, that it was editing that brought it out like that.

“This is because of my children particularly, they are kids and they would not understand. I made them do a behind-the-scenes so that when we finish, people can see that so many people were in the room while we were doing it,” she said of her decision on the sex act.

Regina Chukwu granted Potpourri the interview when her daughter was 14 and her son 12. Regina Chukwu is one of the leading household names in the Yoruba movie industry. She has done so many blockbuster movies that her name rings as loud as the very best in the industry.

But Regina Chukwu, is not a Yoruba woman, she’s Igbo but her footprints in the acting business can only be found alongside top Yoruba acts. Her popular films include Akun, Ewatomi, Idaro, Awolu ati Awalu, Ogunso to name but a few.