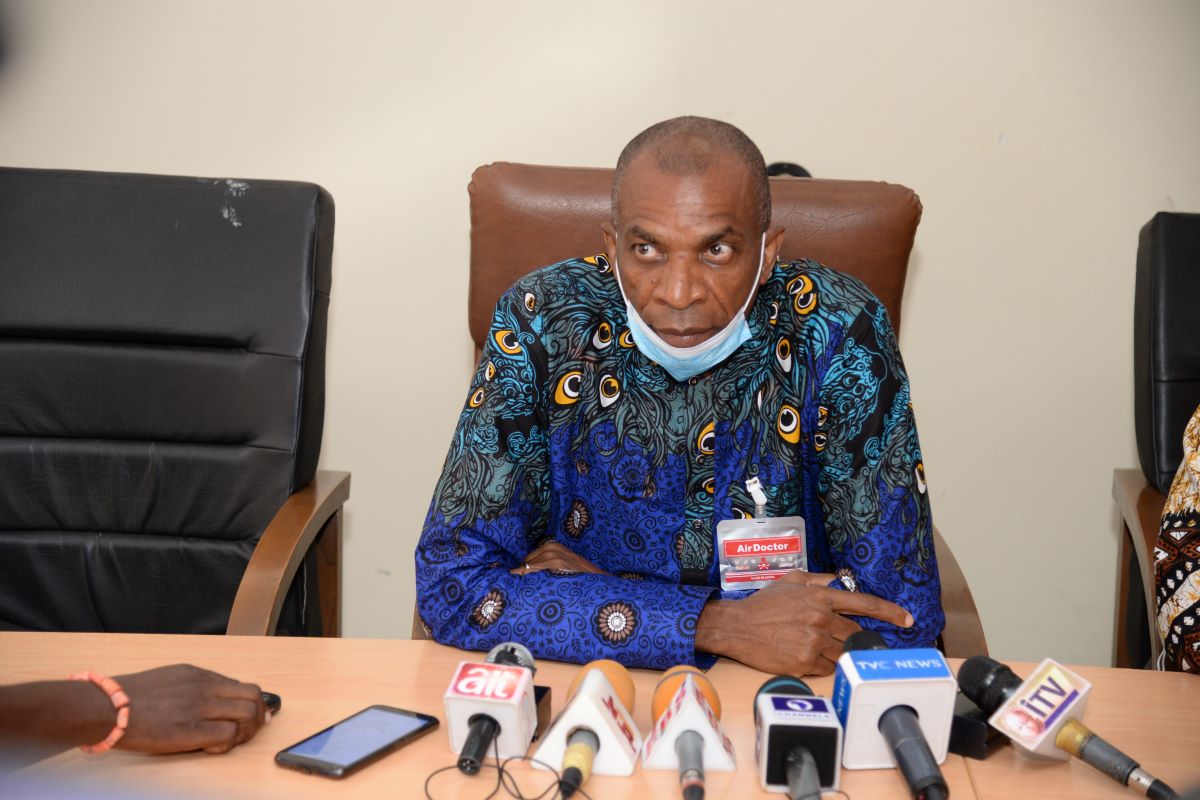 The Peoples Democratic Party, PDP in Edo State was on Wednesday morning headed towards a crisis as it emerged that the State Working Committee, SWC of the party has suspended the chairman, Dr. Tony Aziegbemi.

A terse statement issued by the State Publicity Secretary, SPS, Chris Nehikhare said that in his place, the deputy chairman, Hon. Harrison Omagbon would act in his place pending the outcome of investigations.

The decision was reached at a meeting on Tuesday, June 1.

GreenWhiteGreen GWG gathered that 12 of the 14 members of the State Working Committee, signed the resolution for the suspension of Aziegbemi as the chairman.

While no specific act of misconduct was levelled against Dr. Aziegbemi,  GreenWhiteGreen GWG gathered that members were unhappy with his role in the face-off between the party and Governor Godwin Obaseki over the recent calls for harmonization of the structure.

At a State Working Committee meeting that held at the state party secretariat on Tuesday, 1 June 2021, two thirds majority of members resolved in a motion that the state chairman Dr Tony Aziegbemi should step aside and therefore suspended from his position and Hon. Harrison Omagbon, the State Deputy Chairman, will act in his place until the determination of the allegations levied against him.

An Investigative Committee is hereby set up, headed by the State Legal Adviser Barr. Arthur Esene, and is mandated to report back to the Working Committee within one week. Other members of the Committee are Mrs. Linsdale Tes Sorae (State Woman Leader) and Dr. Wilson Imongan (State Auditor).

Amongst the allegations, Dr. Tony Aziegbemi was accused of gross misconduct by brewing unnecessary tension and disunity among party members in the state in a manner akin to bringing the party into disrepute.

This decision hard as it is, is designed to bring sanity back to our party.

It would be like ignoring the elephant in the room if we ignore this macabre dance as Edo people have watched in utter amazement and disappointment how Dr Tony Aziegbemi has been roped and entangled by his actions and unfortunately too, his inactions in the management of the affairs of the party.

We are a very disciplined party and pride ourselves as organised and focused on service delivery to our teeming supporters and of course Edo people.

We urge our members and supporters to please remain calm as we embark on this self-cleansing exercise.

Efforts to reach Dr. Aziegbemi have so far been unsuccessful as his phone was engaged.