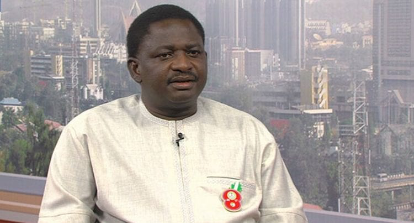 Femi described Falana as an “anarchist,” and must stop feigning being an activist, he said. He also told Obasanjo to mind his own business.

Mr Falana, a lawyer and human rights activist, was reported to have demanded an apology from the police for harassing Nigerians who protested against Mr Buhari’s regime on Democracy Day.

This month, ex-President Obasanjo had spoken about the need for Nigerians to be united to avoid the country’s disintegration.

But Mr Adesina believed the two individuals should not be commenting on the current goings-on in the country, as he stated in his latest Facebook article on Thursday.

“And what of Olusegun Obasanjo, a civil war hero. Despite all that he has contributed to the current upheavals by his actions and inactions, words, and bile, he says it is idiotic to wish Nigeria disintegration now. Good. But let us put our money where our mouth is. Let Baba mind his thoughts and his language,” the president’s media aide said as he castigated Mr Obasanjo.

Censuring Mr Falana and his ilk, Mr Adesina stated, “Last Saturday, as Nigeria celebrated Democracy Day, some people wanted to stoke protests, riots, and destruction. Did the system allow it? Not at all. Should it have been allowed? Not when there is still law and order in the land.

“Only anarchists would set the country on fire in the name of Democracy Day protests. And it was sad, tragic, to hear some so-called activists asking the police to apologise to Nigerians for not folding their arms and allowing the country to go into a tailspin. Anarchists masquerading as activists.”