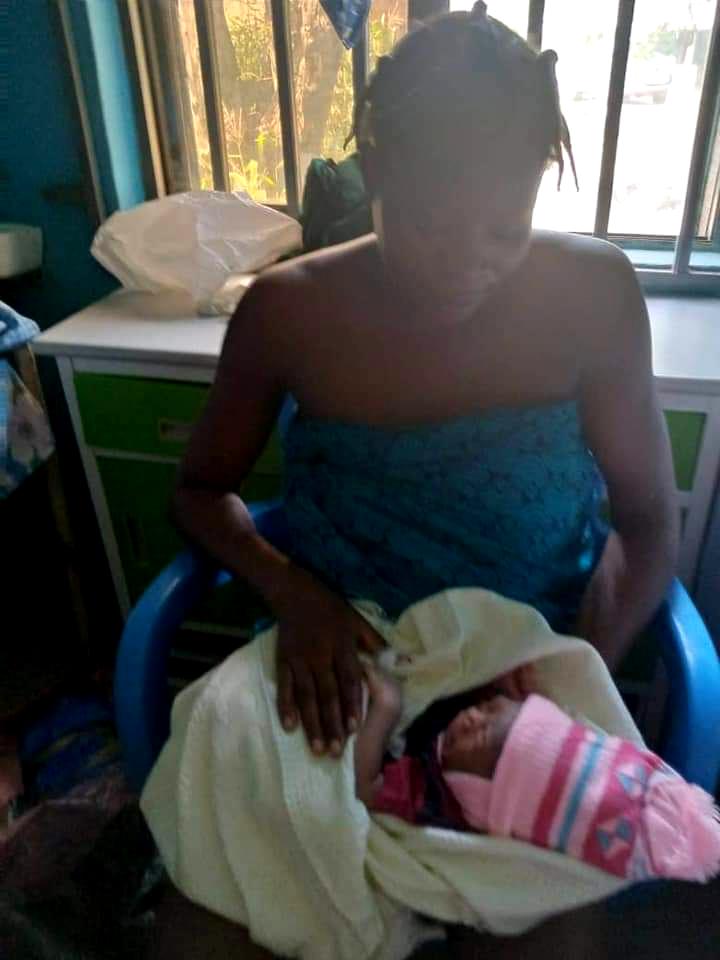 A pregnant 18-year old girl, Kemisola Oguniyi, who was arrested during the ENDSARS protest in Akure, the Ondo state capital has given birth in prison custody.

Kemisola reportedly gave birth to a baby boy on June 16. She has been in prison custody since October 24 last year.

She was accused by the security operatives who arrested her of being among those who razed the state Secretariat of the All Progressive Congress, APC.

Kemisola was arrested alongside three others who were later remanded in Ondo prison custody during the EndSARS protest.

Others remanded at Surulere prison in Ondo with Kemisola include Ayodele Bukunmi, Ojo Samuel and Ani Obinna

They were charged for conspiracy to commit the following felonies, to wit: arson, riotous assembly, stealing and malicious damage.

Her lawyer, Tope Tomekun, in a letter to the Ondo Chief Judge, Oluwatoyin Akeredolu and made available to newsmen in Akure said that Kemisola was innocent of the crime preferred against her.

Tomekun said that Kemisola was “on her way to the Federal University of Technology Akure (FUTA) to collect money for her mother’s treatment when she was apprehended by the Nigerian Army on random raiding and handed over to the Police for investigation.

“She was later alleged to be part of those who set APC Secretariat Akure on fire during the ENDSARS protest that took place in October 2020.

“I write to you sir, first as a lawyer and in furtherance of my conviction as a believer in humanitarian cause of justice, to appeal to you sir, that for the sake of the sinless newborn child and in the interest of justice, to give directive that this matter be given an urgent hearing as this is one deserving case sir, in which the powers in this direction could be exercised.”

The lawyer appealed to the state Attorney General and Justice Commissioner, Titiloye Charles to use his powers to discontinue the prosecution of Kemisola and others.