Super TV CEO: Mother Has Not Seen Chidinma In 10 Years 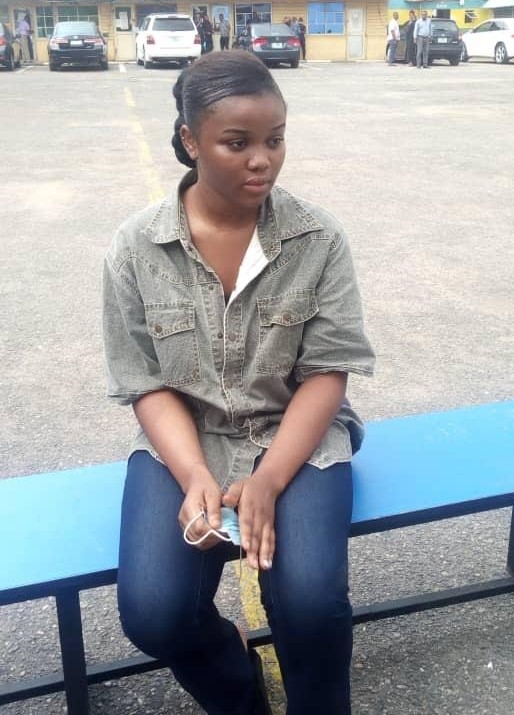 More facts have emerged on the true identity of the 300 level Mass Communication student of the University of Lagos, Chidinma  Ojukwu, who was arrested last week Wednesday over the  murder of Chief  Executive Officer, Super TV, CEO Usifo Ataga, in a Service apartment in Lekki area of Lagos State.

This followed startling  revelations  by family sources that the 21-year-old prime suspect in the murder saga  disowned  her family  due to some misunderstanding she had with her widowed mother.

Her first step as gathered was to change her original name : Chidinma Blessing Echefu, to Chidinma Adaora Ojukwu.

Information at Vanguard’s disposal revealed that  her earlier assertion that the change in her lifestyle was as a result of a broken home could not be true after all.

Rather, one of her siblings, identified simply as Chioma, told detectives that they lost their father when Chidinma was barely two years old. Her mother was said to have remarried but that her children  were still with her.

Along the line, Chidinma’s lifestyle reportedly changed negatively, with her mother always scolding her. She was also alleged  to have been discovered to be smoking when she was barely 11 years , an action that provoked her mother to chastise her.

The misunderstanding between mother and child started at this point. In a move to bring her to order, Chidinma was taken to her uncle’s place in the Mushin area, where she was reportedly thrown out again because of her smoking attitude.

She reportedly became rebellious and stayed away from her family.  It was at this point that she met Ojukwu, who took her into his Yaba abode, from where she was picked last week Wednesday.

Her mother who presently resides in Mowe area of Ogun State, was heard telling some of her relatives that she has not set her eyes on Chidinma for 10 years.

She stated categorically that Ojukwu was not related to her family, disclosing that they were from Imo State and not Abia State as earlier disclosed by Chidinma.

Meanwhile the corpse of Usifo Ataga, the Super TV CEO allegedly murdered by Chidinma has been  moved to the the Ikeja morgue.

Vanguard gathered that it was to enable  the pathologist carry out the last stage of screening known as Toxicology test- a toxicology screening is a test that determines the approximate amount and type of legal or illegal drugs taken .

Vanguard reliably gathered that samples are expected to be taken abroad, since the test would be conducted on the dead, where it would be screened and the result sent to Nigeria. This test is said to be the cause of the delay of the autopsy report.

Meantime, the bereaved family has frowned at some statements credited to it in the media. As of Tuesday, members of Ataga’s family declined comments on the ongoing investigation of their son.

While expressing his displeasure , Dr Isi Ataga, said,  “The statements attributed to me in those reports are clearly incorrect. I never said such things. I was not quoted accurately based on the statement we issued to the media. They should allow us  to mourn our brother in peace and stop the slander”.

Also faulting the reports, a source from the family who pleaded  anonymity, clarified that,  “The statement on ‘Who Will Speak For Ataga?’ was issued by Fresh, one of Usifo’s friends and not his brother, Isi.