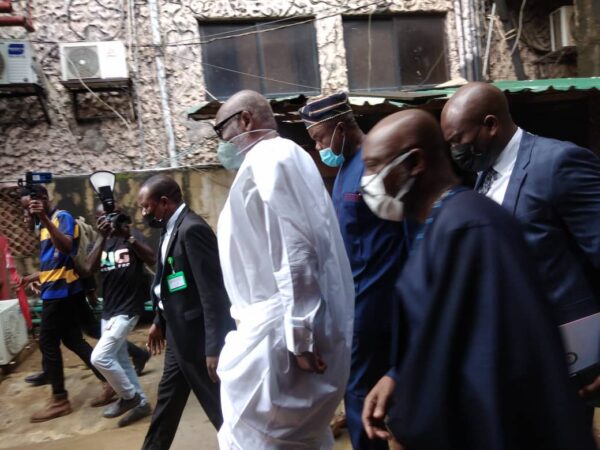 Rotimi Akeredolu, governor of Ondo state, was at the Synagogue Church of All Nations (SCOAN) on Friday as renowned TB Joshua, late founder of the church, is laid to rest.

Joshua’s remains arrived at the church premises in Ikotun area of Lagos state, on Thursday.

Before arriving at the Synagogue church, the corpse was taken to the church’s prayer ground in Ikotun.

The pastor passed away on June 5 at the age of 57.

A special burial service in honour of Joshua began Monday.

On Friday, Akeredolu graced the lying-to-state service organised by the church in honour of Joshua.

The late church founder will be buried on the church premises today.