Nigeria Has Failed Me, Says Lady Raped Daily By Kidnappers Before N2m Ransom 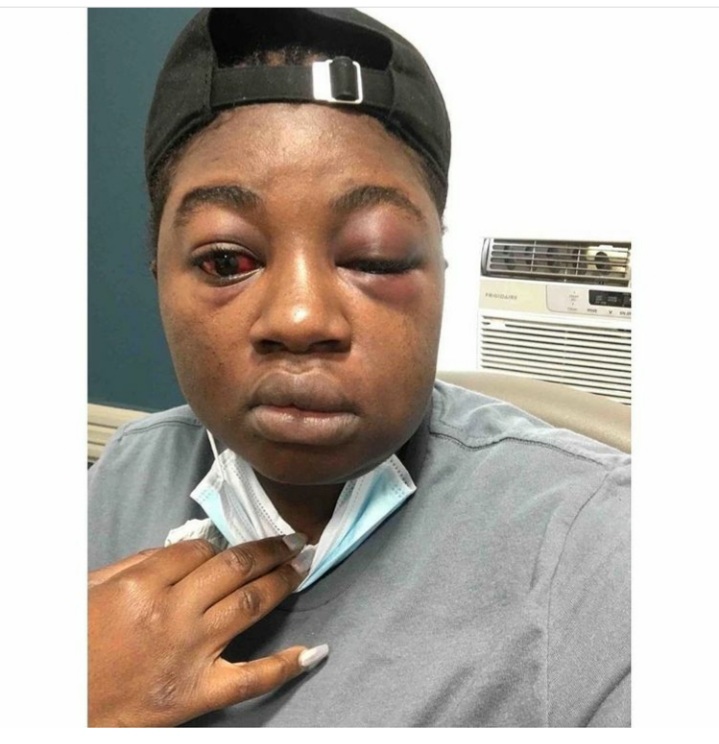 A lady has lamented how Nigeria failed her after she was kidnapped, raped daily and her relations were made to pay N2 million for her freedom to the kidnappers.

Two of her fellow kidnap victims who were unable to meet the kidnappers’ demand according to her were butchered in her presence.

The lady also spoke of how policemen in Enugu State where the incident happened passed on the vehicle without bothering to look inside.

The lady with twitter handle @Blessedcindy0, in a twitter thread with her battered face has since been receiving consolations from Nigerians on twitter following the incident on June 23, 2021 and her release from the kidnappers.

According to her, she boarded a public vehicle in a motor-park in Enugu and not long after following a cold chill on her face, she and the other passengers found themselves in a building and realized that they had been kidnapped.

“When I woke up, the six of us were tied to a chair in a bungalow. I immediately knew I had been kidnapped. There was this guy sitting down with a gun looking at us without saying a word until one huge looking man came out of the bungalow and started telling us to pray. He first gave us a hot slap; after that, he told us that we had been kidnapped and that we should not be afraid that as soon as our relatives cooperated with them, nothing’s going to happen to us,” she added.

She said that her sister had to sell property and borrow to meet the kidnappers’ demand of N2m.

She said in her presence two of her fellow abductees were butchered after their relatives failed to come up with the N2m ransom.

She said, “The name of one of us was Philip. When he asked him who to call to demand ransom, Philip said he doesn’t have anyone to call and that he is just a normal businessman trying to make ends meet.

“When they called my sister, they instructed her not to tell the police or army and that there’s nothing they can do (that was when I knew my own was finished); they told my sister that she’ll pay N3,000,000 or she won’t see me again.

“My father is not too strong, so my sister had to keep everything away from my father. Two people were killed right in front of me (Philip and one other girl) because they couldn’t meet up with their demands and the other three people were released after the payment of N2,000,000 ransom each.

“They didn’t kill me because my sister was picking up calls even after a week and cooperating with them. My sister had to sell some things and borrow up to pay N2,000,000. Even at that, from the 26 June 2021, every night they beat me and I was raped by two of them.”

After the payment of the N2m ransom, she was dropped off at night at Four Corners Junction near Agbani in the Nkanu West Local Government Area of Enugu State and along the way, they passed by policemen who simply passed on the vehicle.

Noting her trauma over the killing of Philip and another abductee by the kidnappers, she said:

“I can’t take Philip and that girl they killed off my head. They killed and cut them into pieces. Where they kept us, I can still recognise how the place looks like. When they wanted to drop me after my sister paid, they met the police on their way and the police didn’t bother to look inside the car. They just let them through. Oh my goodness God! They also took everything I had left in my account, which was about N268,000. Nigeria has failed me.  I sleep and wake up with this traumatic experience and feel like committing suicide,” she added.

Miniwar In Kwara As Sons, Uncle Fight Over Who Inherits Family Head’s Widow