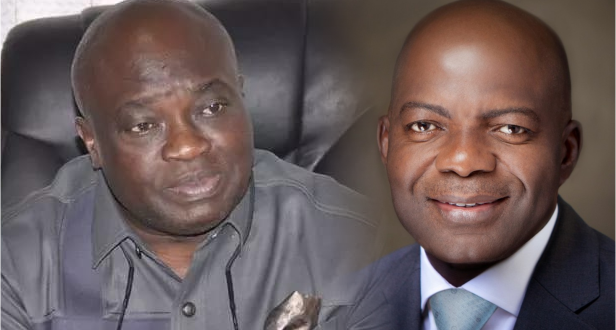 The Abia State Government has been urged to give a detailed explanation of how it spent the Paris Club refunds that accrued to the state saying that insulting Dr. Alex Otti for making the demand is of no value.

A group of technocrats, professionals and businessmen known as the Abia Freedom Alliance (AFA) made the call in a statement.

In the statement jointly signed on behalf AFA by Prince Uzor Nwachukwu, Chief Joe Ezearu, Chief Allen Chuks Wogu, Bishop Bernard Nwaogu and Dr. Jude Ohuche, the group expressed concern that instead of addressing the issue of the expenditure of the refunds that the state government had resorted to name calling and insults.

“The Abia Freedom Alliance (AFA) notes with regret the distasteful response by the State Governor, Victor Okezie Ikpeazu, and indeed the Government of Abia State, to a well thought out statement issued by a prominent citizen of the State, in the person of Dr. Alex Otti, on the government’s mismanagement of the Paris Club Refund to the State, totalling N30.2 billion.

“From account rendered and evidence produced, all of which are in the public space, by Governor Ikpeazu’s former Commissioner of Finance, Mr. Obinna Oriaku, we understand that former Governor Theodore Orji’s government received the sum of N8.2 billion of the Paris Club Refund during his tenure while Ikpeazu received N22 billion”, AFA posited.

“The implication of Abia State Government under Theodore Orji engaging two consultants is that the State would be paying out 50 percent consultancy on N22 billion, an outrageous N11 billion, for doing nothing, especially when the process had already begun.

“The disturbing part is that other States affected by the Paris Club Refund, according to reports paid between 2.5 – 3 percent, for the same service and none engaged more than one consultant”.

While commending Otti for speaking the mind of Abia people, the group said:

“Dr Alex Otti was clear on the critical issues he raised over the mismanagement of the N30.2 billion Paris Club Refund, both by the previous government which received the initial N8.2 billion and the present administration that received a whopping N22b.

“Abia people deserve to know how and what the N30.2 billion paid to their state by the Federal Government was spent on. This explanation is important, especially when the issue of civil servants’ unpaid salary arrears, retirees’ pensions and gratuities and provision of critical infrastructures in the state which formed the major reasons for the refunds, still persist.”

PDP Knocks Senate Over Conditions For E-Transmission Of Election Results