Buhari's Outreach To The Southeast

The Supreme Name Of Jesus (3)

Mr. President, Where Is The Substantive Board Of NDDC You Promised? 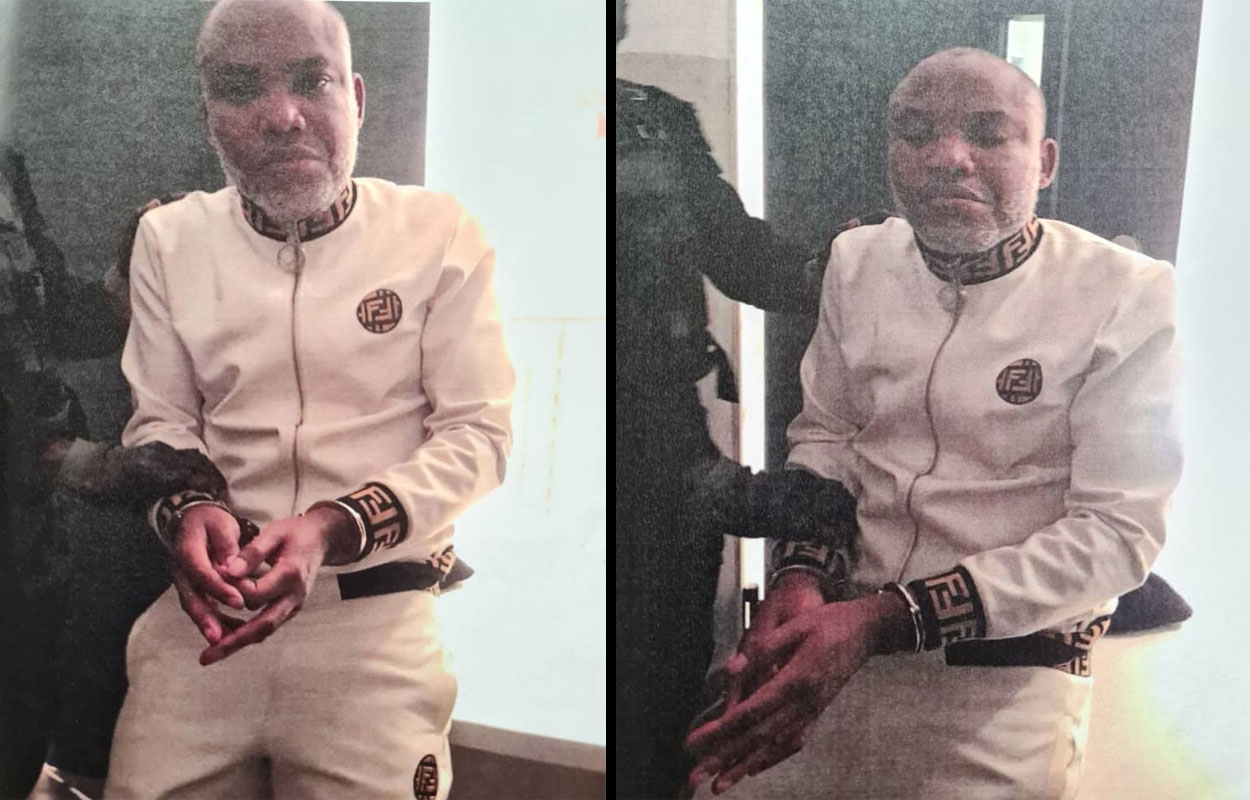 Ezekiel 18:20: “A son must not suffer the punishment for the father’s guilt…”  Therefore, those grandstanding as Igbo leaders should be falling on top of each other protesting, demanding President Muhammadu Buhari to detain them instead of the leader of Indigenous People of Biafra (IPOB), Mazi Nnamdi Kanu. The objective fact is that Kanu is suffering for the sins of the Igbo leaders.

THE FIRST SIN of these Igbo leaders is lack of development in Igboland that drew the ire of Kanu in the first place.  Mazi Kanu, remember, began to gain national prominence not long after General Buhari gained democratic power in 2015.

Key to Kanu’s popularity among the masses was his boldness to say enough is enough after the leaders from the South-East and South-South zones failed to hold President Buhari accountable for the naked threat to marginalize the Biafran region simply because the people voted en masse for their native son, President Goodluck Jonathan.

But their failure to confront Buhari is understandable. Most of these Eastern leaders—like their counterparts in other regions—are virally corrupt. Thus, they continue to fear that the president would readily revenge by marshalling the anticorruption agency against them.

Such dilemma prompted my piece: “Buhari And Nnamdi Kanu Fighting The Wrong Enemies.” There I reminded that before Buhari’s presidency, a major aim of Radio Biafra, in Kanu’s own words, was to uproot “all looters, embezzlers, kidnappers, sponsors of terrorism, child traffickers, corrupt judges, crooked university lecturers, murderous Nigerian security forces and all thieving individuals masquerading as public officials who steal public funds thereby preventing developmental projects from impacting positively on the lives of the ordinary people.”  Yes!

I then followed that, if Buhari was ever sincere with his election campaign promise to fight corruption, the President and Kanu ought to have common enemies in the very corrupt leaders from the South-East and South-South zones of Nigeria who plundered development opportunities in Biafra land during the last 16 years of the astronomical oil boom before Buhari assumed democratic power.

THE SECOND SIN of the Igbo leaders is their nonchalant attitude towards the long-standing policy of the federal authorities to reduce the Igbo nation to a mere “dot in a circle.” In fact, what most people do not know is that Nnamdi Kanu’s biggest crime against the Nigerian state is actually his doggedness to expose the major truths why the country does not promote the teaching of history in its schools. The most stubborn of those truths is that the Igbo nation is NOT landlocked, after all. Unlike the Igbo leaders, Nnamdi Kanu is a student of the history and has stoutly rejected the “dot in a circle” label far before Buhari made the conspiracy public. The IPOB leader understands that, besides the South-East geopolitical zone, there are indigenous Igbo areas in the North-Central and the South-South zones, including the riverine areas of Nigeria. The point is that Igbo nation is far beyond Muhammadu Buhari’s “dot in a circle” map, well into the Atlantic Ocean.

But Buhari is not solely to blame for the “dot in a circle” propaganda. He inherited the script from the Igbo marginalization scheme that began during the Biafran war. Central to such scheme is to sustain an artificial boundary which must suggest that the Igbo people suddenly no longer have access to the Atlantic Ocean.

Stop here for a minute and take a critical look at the Nigeria map, featuring the six geopolitical zones. Any discerning mind would notice the devious manner Federal authorities lumped the indigenous Igbo areas that have natural access to the sea into the South-South zone.

Make no mistake about this: No one is wishing for a perfect homogenous state or zone.  After all, there are indigenous Igala communities in the South-East zone, as there are indigenous Igbo communities in the North-Central zone. The problem here is the double standard. On the one hand, the Fulani flock—a recent immigrant to Nigeria—is free to align with the Hausa to assume a new ethnic identity: Hausa-Fulani. Moreover, the Fulani is not only free to lay claim to Fulani settlements in the three zones of Northern Nigeria, but the group also prides itself for wielding the disparate Northern ethnic nationalities into a homogenous political identity.

These moves by the Fulani are politically strategic and definitively worthy of emulation. On the other hand, however, any attempt by the Igbo—an indigenous settler in Nigeria—to identify with her indigenous components in the South-South zone or even to align with any other ethnic group is viewed as a taboo by the federal authorities. The latent policy of Nigeria is that the Igbo must be seen as not only as “a dot in a circle” but must also be viewed as a political leper.

Unfortunately, unlike Nnamdi Kanu, the Igbo leaders are grossly naïve. They have been busy, aiding and abetting the federal authorities to re-write the Igbo history for their individual interests. Today, any mention of Igbo is squarely pegged to the South-East zone. Today, there is hardly any Igbo organization or those in position of power that promote the Igbo agenda beyond the South-East zone.

THE THIRD AND MOST SENSATIONAL SIN of the Igbo leaders is their penchant to appease Buhari and the enemies of Ndigbo by carrying on as if Biafra was ever solely a South-East affair or rather a mere “a dot in a circle”.

Unlike the Igbo leaders, Mazi Nnamdi Kanu clearly understands that Biafra is not even an Igbo word; and it was Frank Opigo, an Ijaw—not Igbo—who christened the new nation after the then Bight of Biafra, now ironically changed to Bight of Bonny. The IPOB leader does not forget that the last Head of State of Biafra, Major-General Phillip Effiong, a native of Ibiono Ibom in Akwa Ibom State, is not from the South-East zone. He knows that the ancient city of Asaba, the bloody epicenter of the Biafran war, is in the South-South zone.

Nnamdi Kanu recognizes that Chukwuma Nzeogwu, a native of Okpanam in Delta State, who led the first military coup of 1966, commonly blamed for the civil war, was from the present South-South zone. The IPOB leader is bold to expose the true history which clearly states that a major objective of the first Nigerian coup was to free Obafemi Awolowo from prison and make him the prime minister of the country.

The analysis into the current Biafran crisis should not only go beyond the fleeting exigencies of secession, it ought to also consider the dynamics of the message, not only the messenger. The problem must not revolve solely around how Kanu delivers his message. The problem is that the Igbo leaders who claim to know how best to deliver the message choose to do nothing at all. The bigger problem, though, is that President Buhari’s pattern of injustice continues to inflame the Biafran crisis.

Ize-Iyamu’s Land: A Legal Opinion On Moves By Obaseki To Revoke C of O