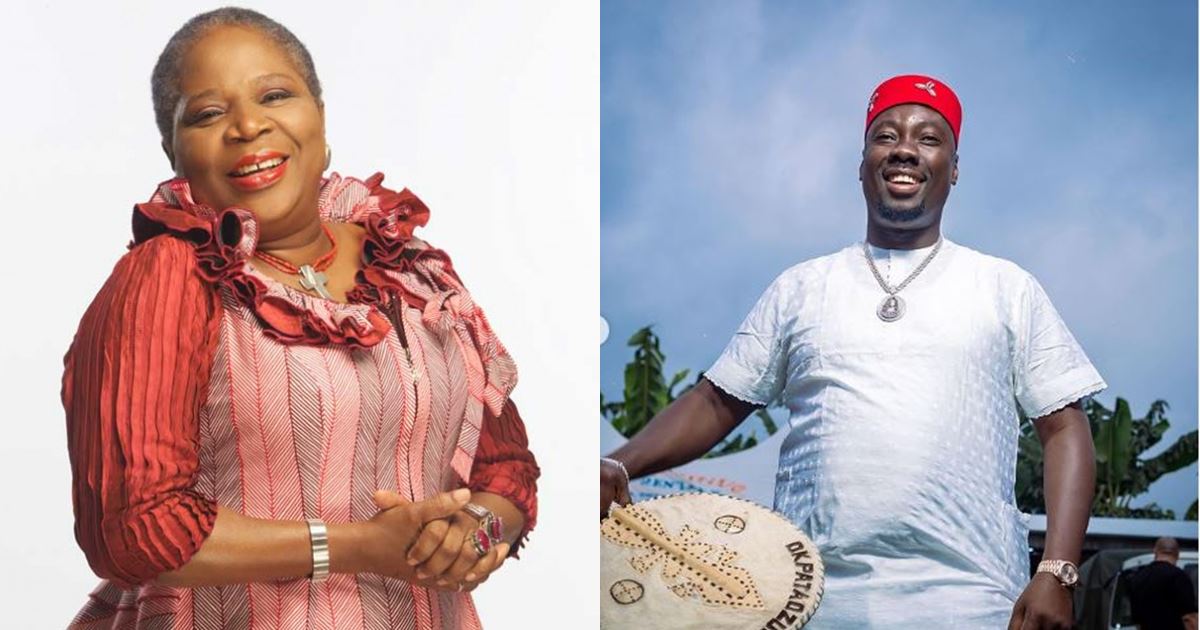 Obi Iyiegbu, popularly known as Obi Cubana has replied Onyeka Onwenu after the musician hit out at what she described as the expensive provoking funeral of Cubana’s late mother, Innyom Iyiegbu in Oba penultimate weekend.

Onyeka Onwenu had particularly described the display of money at the burial as a provoking extravagance especially during a difficult time that many were in economic pains.

While noting that it was a situation of “different strokes for different folks even within a family”, she even though she gave her mother an elaborate burial in accordance with her (mother’s) desire, that she has on her part instructed that she should be given a simple funeral whenever she passes on.

Noting how Obi Cubana celebrated, his mohreOnyeka Onwenu, a former television journalist turned musician explained that she wants a quick, quiet and private burial. Giving more details about the directive she said “…Celebrate me with prayers, lunch or dinner afterwards. Share some jokes about me and laugh. Mourn, yes but not excessively. Make merriment and then go about your business…”

She also noted that if her friends want to celebrate her, the way friends of Obi Cubana celebrated his mother, that they should do that while she is alive so she can enjoy with them, not when she’s gone and have no idea about it.

Placing emphasis on the fact that she does not condemn anyone for how they mourn with their hard earned money, she however said she was uncomfortable with such lavish display during a time of economic issues in the country.

Obi Cubana retorting on the Instagram post, retorted in Ibo saying Kedu nu ife mmadu ji isi kote biko nu? His response literally meant “What did someone use his head to carry?”

The funeral of the late mother of Obi Cubana has been described as about the most expensive burials in the history of Nigeria.