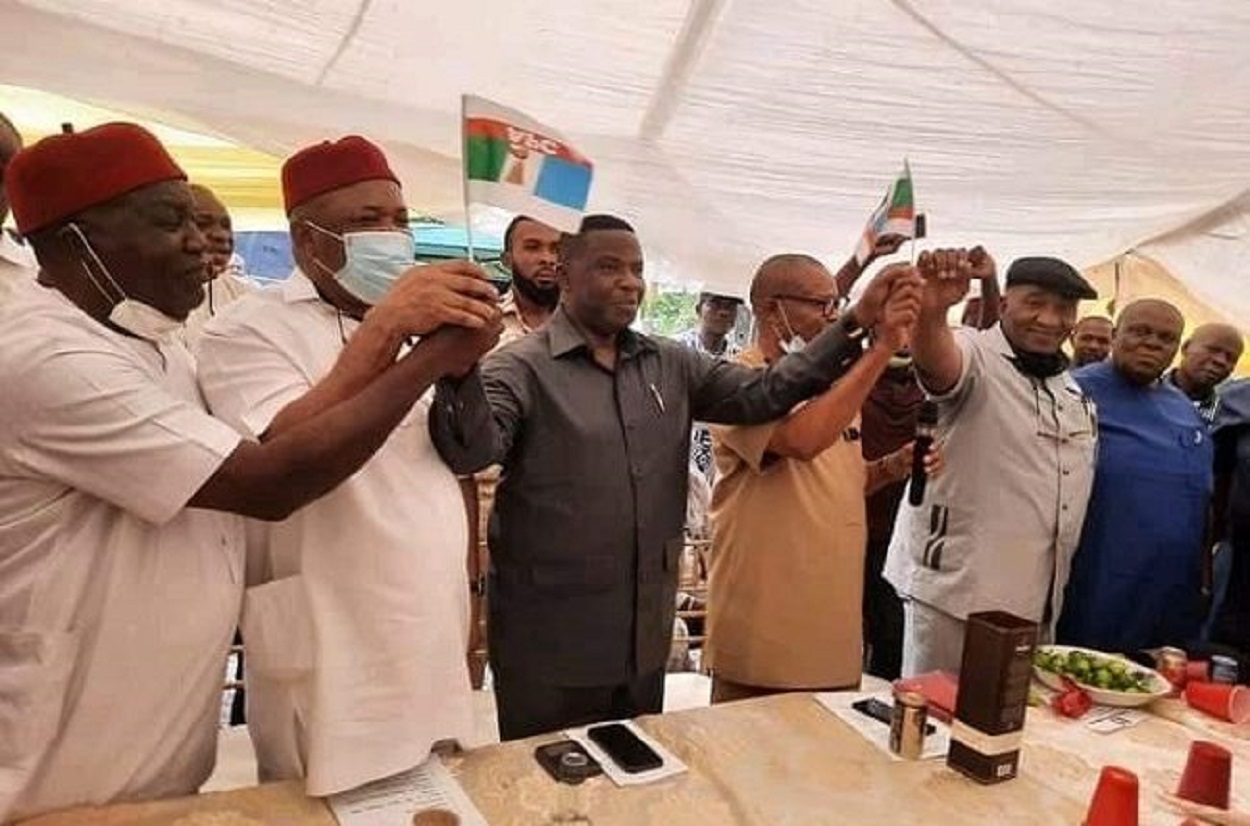 Ikedi Ohakim, a former governor of Imo state, has revealed why he joined the ruling party, All Progressives Congress (APC).

According to the new member of the APC, his decision was based on obedience to the expectations of his people.

He stated this during the ceremonial welcoming at his hometown, Okohia, in Isiala Mbano Local Government Area of the state where the State Party Chairman, Marcellenus Nlemigbo presented him the APC flag.

Speaking, Ohakim said, “I think Imo first and is a choice to stay on course. When the entire executive of APC, visited me for registering as a member of APC, I told them that I made my position based on an informed choice.

“I have a unique orientation participating in politics for common interest as against personal interest”.

Ohakim added, “this time around I have decided not to swim against the tide, adding that “the host here are the ones that will bury me when I die and since I cannot bury myself when I die I have decided to obey my people”.

The former governor was welcomed by the Imo state government officials led by the Secretary to the State Government, SSG, Cosmos Iwu, Governor Hope Uzodimma’s Chief of Staff, Nnamdi Anyahie.

Also present were the State House of Assembly, led by the Speaker, Paul Emeziem among other political leaders in the state.

Green White Green (GWG) recalls that Ohakim was elected governor of Imo state from 2007 to 2012 under the Peoples Progressive Party (PPA) platform. He later dumped PPA to join the Peoples Democratic Party.

Prior to his formal defection to APC, Ohakim had denied media reports that he is planning to identify with the broom party.