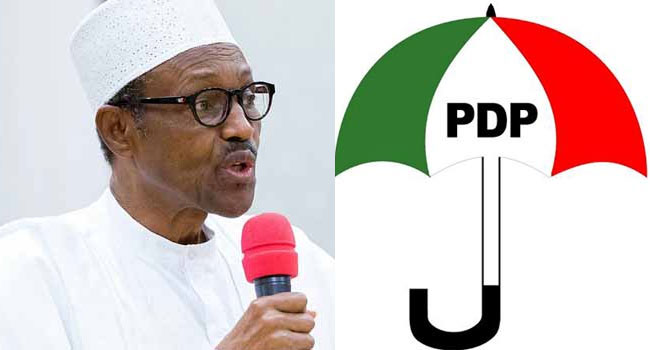 The Peoples Democratic Party, PDP has vehemently rejected moves by the President Muhammadu Buhari-led All Progressives Congress (APC) administration for a fresh N2.66 trillion external loan saying it is an act of wickedness for an outgoing government to imbue a nation with such burden.

While noting that with the N33.107 trillion already accumulated by the Buhari administration that Nigerians may no longer have a nation of their own by the time the administration exits, the PDP in the statement issued by its spokesman, Kola Ologbondinyan said:

“More alarming is that the debts that APC is hanging on Nigerians are for nebulous projects whose scopes, utilities, locations and contractors are largely vague; a development that validates apprehensions of a huge swindle on our nation at the expense of innocent Nigerians, including generation yet unborn.

“Our party holds it as an act of wickedness that individuals who know that they will be leaving office in less than two years will be accumulating debts instead of seeking ways to reduce the liability they have brought upon our nation.

“The APC knows it will not be around after May 29, 2023. That is why it is pushing our nation into deeper economic quagmire with foreign loans, which are largely diverted to personal pockets of their corrupt leaders,” the PDP said of the Buhari plan for a fresh N2.66 trillion loan.

“Given their incompetence, corruption and manifest nonchalant attitude to the plights of Nigerians, the APC and its administration have not shown any commitment towards wealth creation as expected of any responsible government.

“Rather, they have resorted to reckless borrowing, pillaging of our national vault and suppression of our productive sectors; a development that have crippled our Gross Domestic Produce (GDP) to the extent that our naira, which the PDP handed over to the APC at N167 to a dollar, has now collapsed to a dismal and all-time low of N557 to a dollar under the APC.

“The PDP calls on the National Assembly to save our nation by rising above partisan sentiments to reject this latest request by President Buhari for a fresh foreign loan.

“Our party also urges the National Assembly to immediately commence an open investigative hearing on all the loans collected by President Buhari especially with allegations that they are being diverted to the personal pockets of APC leaders, the cabal in the Presidency as well as APC government functionaries and their cronies.”