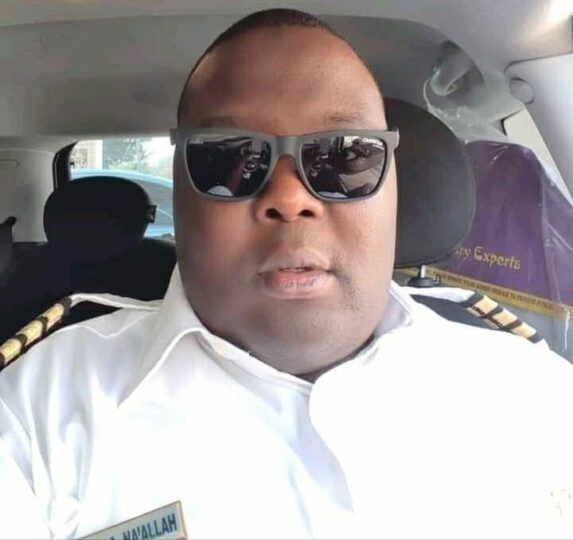 The Police Command in Kaduna State has arrested two suspects over the killing of Abdulkarim Na-Allah, the eldest son of Senator Bala Ibn Na’Allah, in Kaduna.

The command Public Relations Officer, ASP Mohammed Jalige, confirmed the development to the News Agancy of Nigeria (NAN) on Wednesday.

Jalige said: “Yes two suspects were arrested a week ago in Kaduna,” the police spokesman said of the killing of Captain Na`Allah that shook the city.

He said investigation was ongoing to ascertain the motive behind the killing.

“The car the suspects took from the deceased had been recovered, but is in Niger Republic.

“We are liaising with Interpol to bring back the car to Nigeria,” Jalige said.

The News Agency of Nigeria (NAN) recalls that the police confirmed the killing of Abdulkarim Na-Allah on Aug. 29, when he was found dead in his room at Malali GRA, Kaduna.

The arrest of the suspects in the killing of Captain Na`Allah by the police came as a motorcyclist, Nasiru Muazu, 20, on Wednesday appeared before a Gwagwalada Magistrates’ Court in the Federal Capital Territory, over alleged theft of household items worth N135,000.

Muazu, who resides at the Hajj Camp, Gwagwalada, Abuja, was charged with criminal conspiracy and theft, but the defendant pleaded not guilty.

The Prosecution Counsel, Abdullahi Tanko told the court that the complainant, Onuabuchi Precious of Hajj Camp Zone 5, Gwagwalada, Abuja, reported the matter at the police station on Aug. 23.

Tanko told the court that the defendant in company of one Harisu, now at large, criminally trespassed into the complainant’s house and stole a set of chairs valued N260,000.

The prosecutor said that during police investigations, the plasma television, mattress, set of chairs and pair of shoes were recovered from the defendant.

He said the value of properties yet to be recovered was N135,000.