2face Reveals Where His Loyalty Lies Amidst Babymama Drama 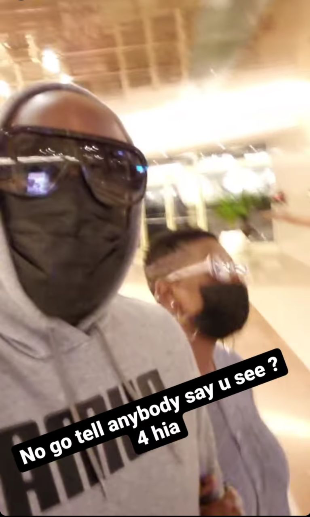 Veteran Nigerian musician Innocent Idibia, popularly known as 2face, has shared a video of himself and his wife, Annie.

The video was shared hours after some ladies declared his baby mama, Pero Adeniyi as his first wife.

READ ALSO:I Advised Annie To Work On Her Marriage With 2face- Pero

Pero was seen in a video where some women, said to be Tuface’s relatives, described her as the musician’s first wife.

After the video went viral, there were rumours that Tuface met with the baby mama, who is currently in Abuja.

But responding to the trolls online, and in a bid to show solidarity to his legal wife, 2face shared a video where he was seen with Annie.

The couple had their masks on their faces as they walked on a street.

Tuface captioned the video, “No go tell anybody say you see? For hia”.

The musician has been under the spotlight since Annie accused him of infidelity two months ago.

#ENDSARZ: We Will Never Be Silenced- Falz Blows Hot