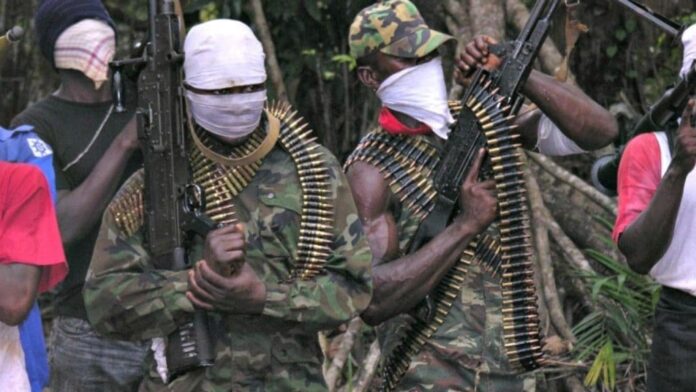 Students and teachers of the Federal Government College, Birnin Yauri numbering twenty-eight and two respectively were on Wednesday released by a notorious bandit, Dogo Gide,  following days of waiting by relatives and officials.

Recall that the victims were abducted four months ago by gunmen who overpowered security men on guard at the school located in a remote part of Kebbi State.

It was earlier reported that the students were released last week, following interviews with some parents who were set to reunite with the abductees.

But it later emerged that the victims were not released as the process could not be perfected due to the inability of mediators to meet with the kingpin.

It was gathered that as of Sunday, two students and two teachers – a male and a female – were brought out from the forests and received by security personnel and medics stationed at Kotonkoro town, near the bandits-infested forests.

The latest party arrived Kotonkoro around 8:30pm on Wednesday, it was learnt.

“From Kotonkoro, they will be taken to Kontagora, before they are transported tomorrow (this morning) to Birnin Kebbi,” the source said.

But another source said the freed students and teachers might likely be brought to Minna, the Niger State capital, and then to Abuja, before they would be taken to the Kebbi State capital.

It was also learnt that 32 more victims were being held by Dogo Gide. Six of the abducted persons had earlier been released by the bandits in two batches as part of talks for the release of the victims.

The latest efforts to get more victims out of the bandits’ den met bottlenecks after mediators’ failure to meet Gide when they travelled to retrieve the abductees.

The warlord was said to have gone on a mission against another bandits’ leader, Daminu, who had attacked and killed four of his men.