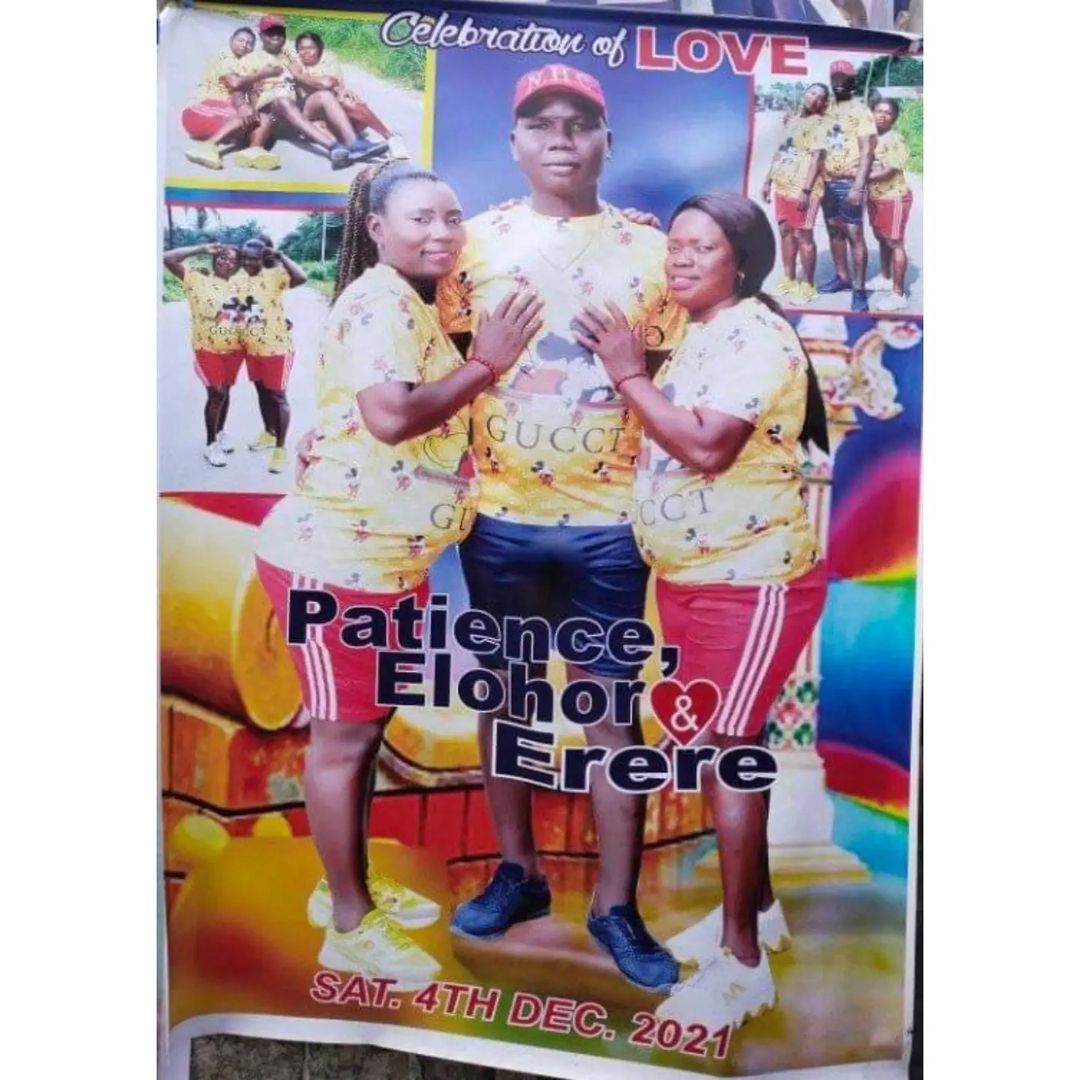 Mutters were rising on Thursday ahead of the planned wedding of a man identified as John Erere Nana to two pregnant ladies on the same day in Delta State.

The notice of the wedding raised mutters online as some recalled that the wedding follows a near similar affair after an Isoko, Delta man got married to two ladies on the same day.

However, in this case, the two women according to the wedding invite that showed their pictures were already visibly pregnant.

To get husband nah ur mate

chi_chi_ifeoma taunting the apparently imitations of the Gucci shirts worn by the two brides and their groom said:

It’s the Gucci tops for me 🙂. Why is it always in Delta though? 😂

Noting that the Delta man’s plan to wed two pregnant ladies on the same day would lead to crisis in the near future, lynnes_corner, said:

For this country na you want to try poverty 😂😂😂

All these Urhobo and Isoko people for Delta and marrying 2 wives a day won come be like another thing. This una trend get as e be.

The man under is pregnant too abi I’m not seeing well?

It looks like this has become a trend now

I just whispered delta It can only be In delta. N booooom🥵