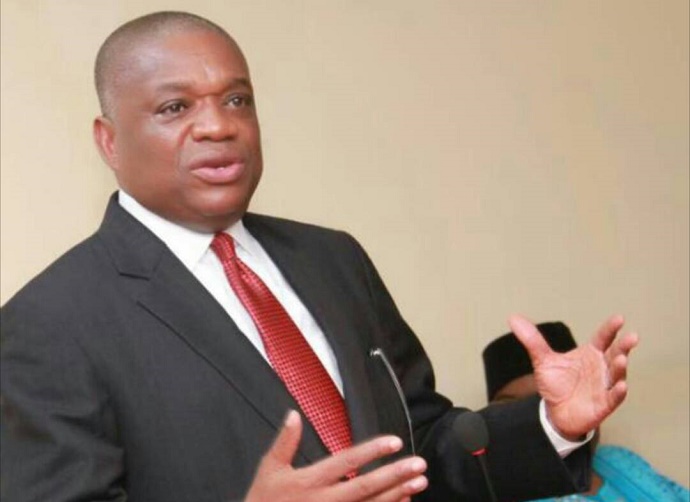 Ahead of the 2023 general elections, the Peoples Democratic Party (PDP) on Thursday, appealed to the Senate Chief Whip, Senator Orji Kalu to return to the party.

The National Secretary of the Party, Sen. Samuel Anyanwu, made the appeal when he led a delegation of members of the PDP to visit Kalu in his Abuja residence.

The News Agency of Nigeria (NAN) reports that the appeal is coming barely two weeks that the National Leader of the ruling All Progressives Congress (APC), Sen. Bola Tinubu visited the former governor of Abia in Abuja. Anyanwu, shortly after one hour closed door meeting with Kalu, said that their meeting centred on what would be profitable to the country.

According to him, we came to visit a friend, a leader in the South-East and one of our own and to acquaint him with the developments in our party.

“And to let him know the reason why he should move over to our party. We had a good discussion and this is just the beginning,’’ he said.

Anyanwu noted that the visit to Kalu was part of efforts by the PDP to bring their members back and reposition the party.

“We are talking about bringing people back to the party because the more the merrier.

“This is a place he started, so you have to leave where you are and go back to where you started,’’ Anyanwu stressed. Kalu, an ardent supporter of President Muhammadu Buhari and a reliable member of the APC left the PDP in November 2016.

Though he has not openly declared interest in the 2023 presidential election, his presidential posters flooded major cities in the country recently. (NAN)