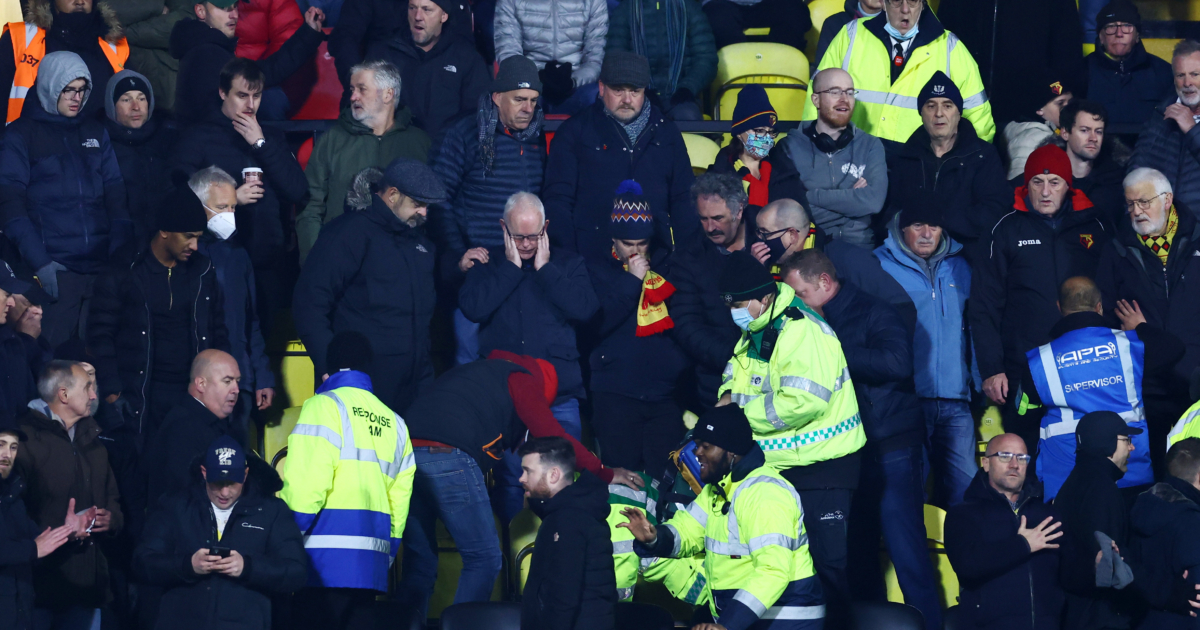 The Premier League meeting between Watford and Chelsea was paused in the first half after a fan suffered a heart attack.

Both sets of players left the pitch when the fan suffered the heart attack in the stands in the 13th minute, with the teams reportedly refusing to return until they received information on the individual’s condition.

The teams emerged from the tunnel to resume play roughly 30 minutes later and Watford confirmed the fan had been stabilised after suffering a heart attack.

Watford tweeted: “The players have returned to the field in preparation of play resuming. Our thoughts are with the fan, who had a cardiac arrest but has now been stabilised, and all those affected. Thank you to the medical staff, players and fans for their quick response.”

Members of Chelsea’s medical staff also went to give assistance after seemingly becoming aware of the incident while Adam Masina was receiving treatment.

Chelsea posted on Twitter: “The thoughts of everyone at Chelsea Football Club are with the fan and all those affected. Our thanks to the medical staff here at Vicarage Road for their quick response.”