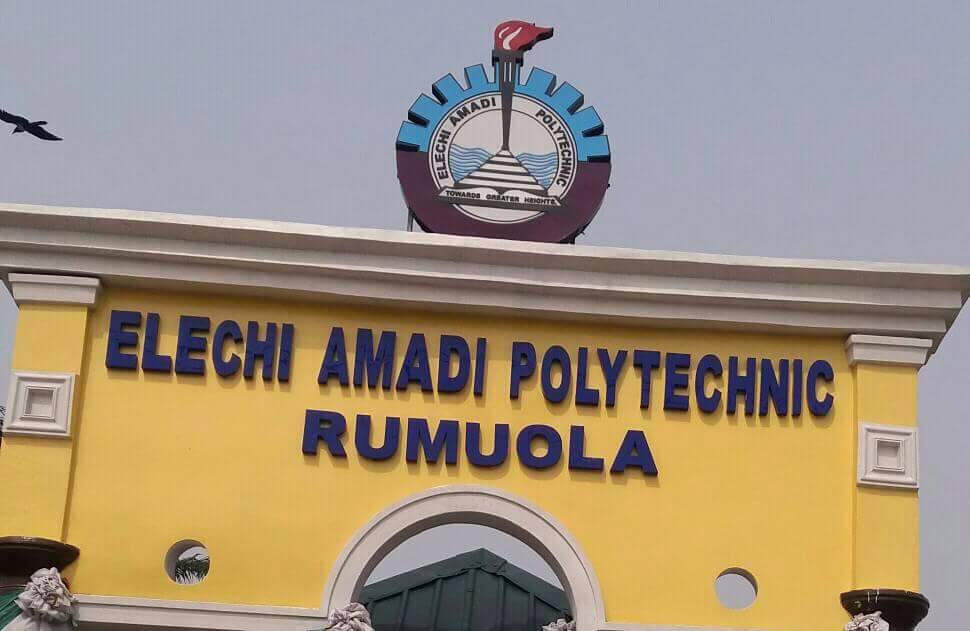 A lecturer at the Captain Elechi Amadi Polytechnic, Port Harcourt, Rivers State who recently exchanged words with his female student over marriage advances has been suspended by the institution for alleged sexual harassment.

The lecturer, Tamunotonye Solomon was suspended for three months to allow for a comprehensive investigation of the issue between him and the student, Blessing Audu.

It would be recalled that the lecturer, Solomon and the 200-level female student, Blessing Audu had openly traded words in the media over the issues between the two of them.

According to Blessing, Mr. Solomon accused her of stealing his N250,000, after she refused his marriage proposal. However, the lecturer debunked the claim as an act of blackmail insisting that he arrested her because she stole his money and some office property.

However, the management of the Polytechnic in a statement signed by its Registrar, Chris Woke, expressed annoyance with the development and dissociated itself from the alleged conduct of its staff.

The statement reads, “The Management of Captain Elechi Amadi Polytechnic Rumuola, Port Harcourt is irked by the report in certain section of the media and disassociates itself completely from the alleged conduct of its staff, Mr Tamunotonye Zoe Solomon

“The Management of Captain Elechi Amadi Polytechnic Rumuola Port Harcourt has, therefore, suspended Mr Tamunotonye Zoe Solomon for three months with effect from 10 January 2022, in connection with allegations of harassment and exploitation of a female student and other acts of misconduct prejudicial to the good name of the Polytechnic.

“Management has also set up an investigative committee to investigate the allegations. The Committee has one month to submit its report to Management.”

Dowen College: Father Vows Not To Bury Sylvester Oromoni Until …