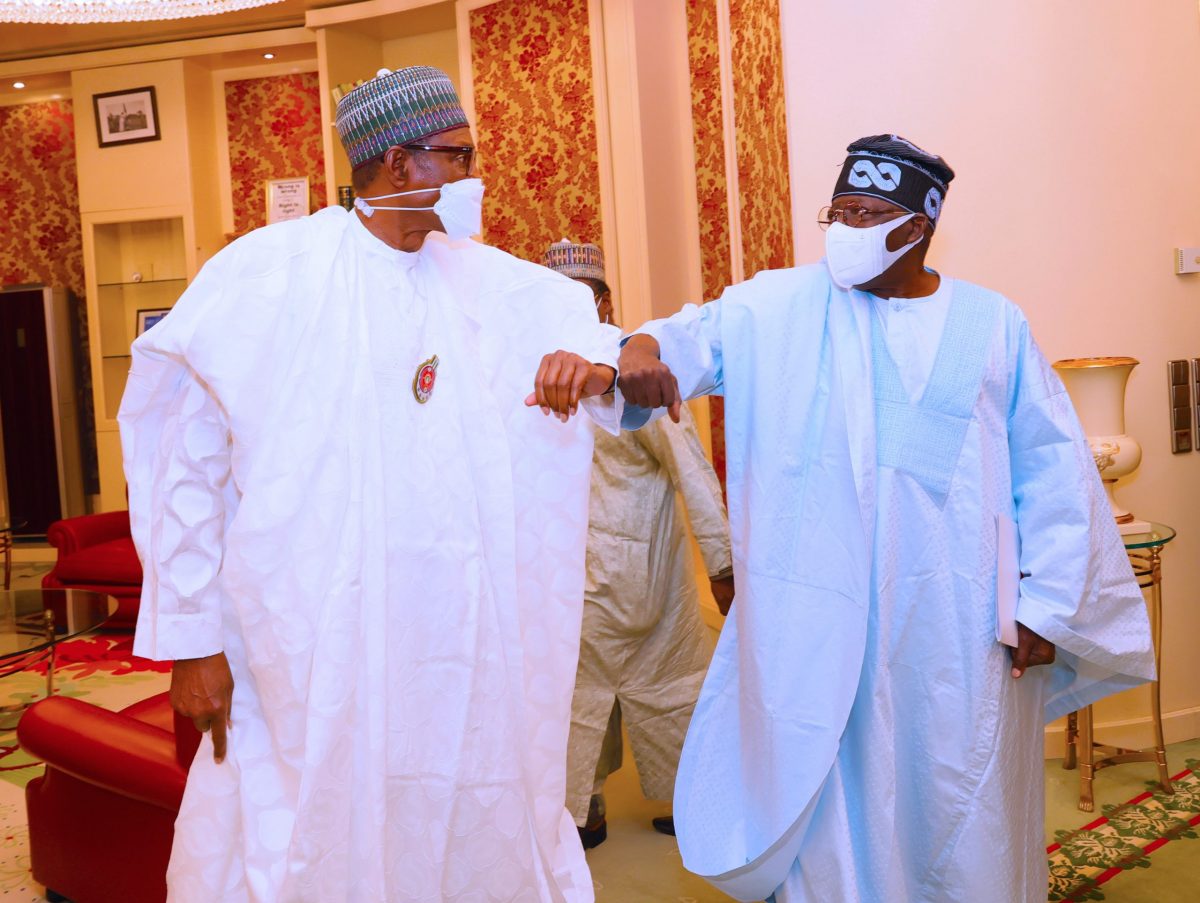 With the emergence of Asiwaju Bola Tinubu as the presidential candidate of the All Progressives Congress, APC, Emmanuel Aziken in this piece articulates on how the candidate and President Muhammadu Buhari will reckon with one another should the party win the main election.

Many who underestimated the sheer grit and greatness of Asiwaju Bola Tinubu’s political machine were brought to submission last Wednesday as the national leader of the All Progressives Congress, APC overwhelmed his political rivals to emerge the presidential candidate of the party.

What became a turning point for your correspondent was the moment two famed Southwest rivals of Tinubu’s; Ibikunle Amosun and Governor Kayode Fayemi capitulated.

It was initially difficult to understand Amosun’s entry into the race especially given the fact that he did not do much of a campaign. His declaration at the Shehu Yar`Adua Centre was, however, a showstopper. Your correspondent sighted a number of vehicles bearing State House number plates at the venue. A representative of the First Lady was also present. These provoked thoughts as to whether Amosun was really the secret successor that President Muhammadu Buhari had famously been quoted to be grooming.

If it was difficult understanding Amosun’s presence in the race, his exit and stepping down was even more difficult to understand. For a man that had been long regarded as a political foe of Tinubu’s, the decision to step down for him was surprising.

It has been suggested in some quarters that Amosun surrendered to Tinubu in order to position himself in the local fight against Governor Dapo Abiodun who is aligned to Tinubu’s rebel political son, Prof. Yemi Osinbajo. After all, the saying goes that my enemy’s enemy is my friend. The prospects undoubtedly look dire for Governor Abiodun who Tinubu as an aspirant had sarcastically dismissed penultimate Thursday in Abeokuta. What happens to Abiodun if and when President Tinubu emerges is another matter.

Governor Kayode Fayemi’s decision to step down was even more difficult to believe. For a man who had been long in planning his way to the presidency, the explanation of giving-in to his “mentor and leader” was unbelievable.

After spending N100 million on the presidential nomination forms and even more reaching out to delegates across the country, the decision to step down without a fight was bewildering.

It was even more shocking from Fayemi given the resolution of the Northern governors on power shift to the South.”

Fayemi was certainly the most likely beneficiary of that resolution given his position as the chairman of the Northern Governors Forum.

All sorts of theories are being propounded as to what happened. Some especially from the Fayemi camp claim that they surrendered to the wish of the president on Tinubu. But few believe them especially given the body language that was against Tinubu.

A terse State House press statement had also denounced the penultimate speech made by Tinubu at Abeokuta in which the former Lagos State governor had claimed credit for Buhari’s emergence as president.

One day in the immediate future the truth behind what made Fayemi and other governors to cave in would emerge.

Wily-nilly, with the ticket in hand, Tinubu is now on course towards achieving his life ambition. That is, if he is able to muzzle his way to remove the challenge from his friend, Atiku Abubakar.

He also has the challenge of battling the social media campaign behind Mr Peter Obi. Indeed, if that campaign should in any way find root on ground, Tinubu and indeed, Atiku could find what has been their life ambition torpedoed.

But looking beyond now in the event Tinubu finally achieves his life ambition, the question to project now, would be what role could Buhari play in the Tinubu administration?

President Buhari remarkably has made it easy for his successor with his pledge that he would retire quietly to his cows in Daura and not reckon much with what Tinubu as his possible successor does in office.

Indeed, despite the fact that the national headquarters building is named after him, it is unlikely that Buhari would again visit the premises after he leaves office. The possible President Tinubu, however, would not rename the house.

Unlike President Olusegun Obasanjo who keenly wanted to play a role in the party as chairman of the Board of Trustees of the Peoples Democratic Party, PDP immediately after he left office, Buhari would have no such aspiration.

Between tending his cows and perhaps writing his memoirs, Buhari would continue to mutter on how he lost it this week when what almost everyone had predicted can never happen, happened and Asiwaju Bola Tinubu with his formidable machine enthroned himself as the presidential candidate of the ruling party.