APC Thugs Slapped My Mother, Beat Me Up Over Vote Buying - Voter 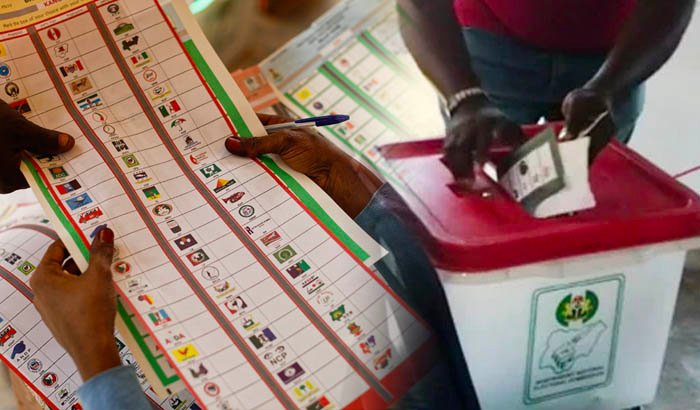 A voter at Ward 01, Idofin, Odo-Ado, Ado-Ekiti identified as Bayo Omole has alleged that suspected thugs serving the interests of the All Progressives Congress APC beat him up when he challenged them over vote-buying in his polling unit.

The voter, Bayo Omole (not real name), said the thugs also slapped his mother who went with him to cast his ballot.

Narrating his ordeal, Omole said he got to the polling unit with his mother to cast his vote for his preferred candidate, and while in the queue, he noticed some irregularities and decided to find out what was going on.

“I stepped out the line to check what was going on, then I realised two young adults…like in their mid-40s or so, they were standing there and were asking those that had already voted, ‘What (party) did you thumb print? Who did you vote for?’ and as the voters replied, the two young men were giving them (the voters) tallies and N10,000 (each),” Omole said.

He said he felt that such was not supposed to happen with the security officers and officials of the Independent National Electoral Commission on the ground.

“There was a party agent who spoke up against it and he was silenced by the thugs. They punched him and broke his phone,” Omole added.

He said, seeing what they had done to the party agent, he (Omole) also brought out his phone to record what was going on.

“I brought out my phone to also take a recording of what was going on, which I was not too smart about; I would have done it more carefully.

“In that process, some guys saw me and asked, ‘Did they send you? Did they ask you to come and snap us?’

“I denied it, but one of the two young men handing out the cash to voters came to me and snatched my phone. I asked why he would take my phone from me, and I realised that the ward is where the Local Government chairman, who is an APC member, also cast his vote.

“It appeared that everyone was coming to vote for (the) APC. If you are there to vote for another party, they will bully you.

“I asked him to give me my phone, that I didn’t want any problem. It was in the process that my mum came and pleaded with them: ‘Please oh, he’s my son; what has he done?’”

Omole said one of the suspected APC thugs held his cloth and his mum asked the young man to let her son be. It was in that instant that the young man slapped his (Omole’s) mum.

“I asked why he would slap an elderly person. I got angry and punched the guy straight up. The others there surrounded me and held me so that the guy (that I punched) could punch me. My lips are already open and my right cheek is swollen. I don’t know who cut me; somebody cut me on my wrist. I was bleeding,” Omole added.

Asked about the number of thugs that pounced on him and what the reactions of the security officers there were, Omole said four guys started and one left to call two others to make them six.

He said they threatened to stab and kill him.

He also said the security officers present were indifferent about the incident even though everything happened before their eyes.

Asked if he would be confident enough to go out to vote in the future, Omole said he would always go out to vote. He added that he was only disappointed at the incident.