'Real Or Nothing', Rudiger Reveals He Snubbed Barcelona To Sign For Madrid 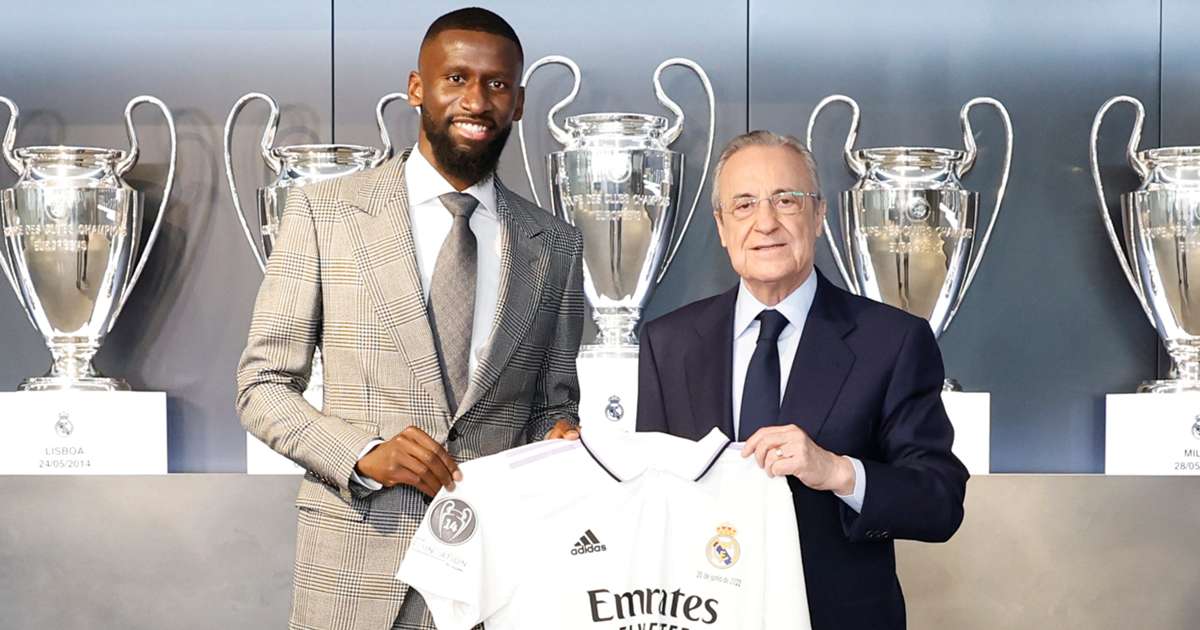 Antonio Rudiger has revealed he made his decision to sign for Real Madrid in April and snubbed Barcelona, declaring it was “Real or nothing.”

The Germany international has signed a four-year contract with the Champions League winners following the expiration of his contract with Chelsea, ending a five-year stint at Stamford Bridge.

Rudiger explained that Madrid first made contact with his agent in September before a further follow-up in April when he made the decision to join Carlo Ancelotti’s side, and added he rejected the advances of Los Blancos’ rivals Barca.

“The first time I spoke with Ancelotti was in April and that contact was very important, that’s when I decided to play for this club,” he told a news conference on Monday.

“Other people have contacted me, but I was convinced of what I wanted.

“Of course, there was an offer from Barcelona. But I told my brother [and agent] it’s Real or nothing.”

Capped 53 times by Germany, Rudiger faces a fight for a starting berth in Ancelotti’s team amid competition from the likes of Eder Militao and David Alaba, but the former Roma centre-back is ready to fight for his spot.

“Ancelotti told me that he wanted me at Real Madrid and that he trusted me and that he would depend on me. That’s enough for me,” the 29-year-old added.

“It’s Madrid and you can’t guarantee anything but I’m ready to fight to play.”

Ahead of his appearance in front of the media, Rudiger was handed the number 22 shirt for next season.

The jersey was vacated by Isco, who left Madrid after the expiration of his contract.