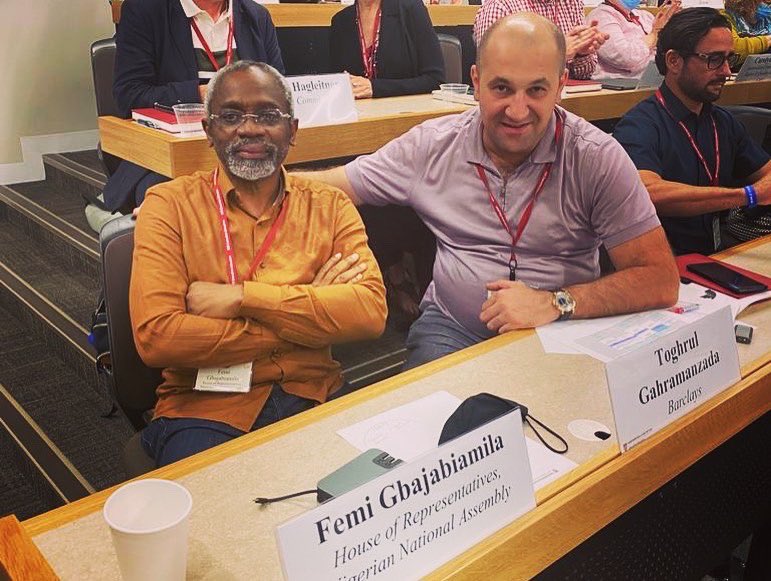 Outrage was flowing on social media on Tuesday as it emerged that the Speaker of Nigeria’s House of Representatives, Femi Gbajabiamila has enrolled in an American University with the lingering strike by the Academic Staff Union of Universities, ASUU keeping universities in the country under lock and key.

GreenWhiteGreen GWG gathered that the Speaker enrolled on a leadership course at the Harvard Kennedy School, Harvard University in Cambridge, Massachusetts. Many were asking on social media on Tuesday that Gbajabiamila would not have had an opportunity for his course in America if the politicians in that country had mismanaged the education sector in that country.

In a tweet via his verified Twitter page on Tuesday, Gbajabiamila who shared pictures of himself receiving a lecture with other colleagues at the institution hinted his followers that he has returned back to class. 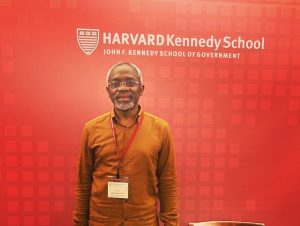 According to the Speaker, one is never too old to learn to broaden or sharpen his or her skills.

In his words: “Back to class. In a leadership course at @Harvard @Kennedy_School. Forget the number of grey hairs one is never too old to learn, broaden or sharpen your skills.” 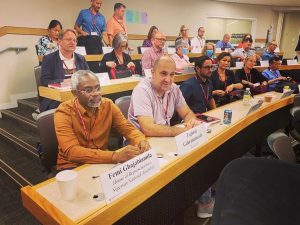 Reacting to his tweet, many Nigerians hailed the Speaker over his decision to acquire more knowledge, however a large section of Nigerians frowned at the development citing the prolonged ASUU strike.

@olorunwababs: If universities in the USA were to be on strike, how will you be able to experience a working system? Walk around and see how basic things works in a normal university? Let’s hope you’ll return and use your influence to make our educational institutions work.

@leospecial_: Good that you’re in class to sock up more knowledge. But sir, i want you to spare a thought on millions of youths languishing at home due to #ASUU strike. As the 4th most powerful man in the country, you can’t tell me you don’t have a say in this embarrassment.

@chukwuebukasete: Imagine taking this class at the iconic University of Lagos! Or OAU or UI. Ah, the classrooms are now chicken coops and your ASUU pals have collaborated with your fellow vagabonds in power to keep the children of the poor at home. Here you are taking selfies to taunt us with!SMH

@onlylaka: You are extremely shameless. Super irresponsible. Public universities in a country you draw billions from year remain shut for months. But because you think it doesn’t concern you, you are shoving your ability to pay for Harvard certificate in the faces of poor Nigerian students

@korie_tweets: there’s no way nigerian politicians aren’t from the deepest recesses of hell. schools in nigeria have been shut down for 5 months. at least 2 labour unions are protesting over the issue atm. but there you are, in your private ivy league uni bragging about “going back to school”.